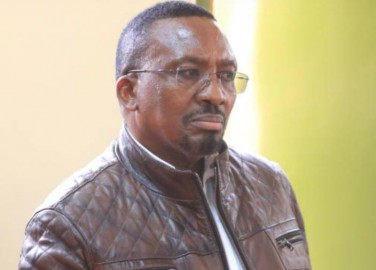 Through a Saturday statement, CA Director-General Ezra Chiloba stated that the moratorium will be effective for the next six months.

“The Communications Authority of Kenya has directed Neno Evangelism Centre, a broadcaster operating as SASA TV, to stop airing live programming with immediate effect. This directive shall be observed for a period of six (6) months,” the statement reads.

The content in question was captured in a video clip that went viral where Pastor Ng'ang'a made comments about his genitals while discussing how his body should be handled in the event of death.

He further directed Sasa TV to ensure that its personnel are forthwith accredited by the Media Council of Kenya and also put in place in-house policies to ensure compliance with broadcast content guidelines.

“Non-adherence to these directives may attract further sanctions including revocation of SASA TV's license.”

Amid the uproar surrounding Ng'ang'a’s clip last month, the Media Council of Kenya (MCK) vowed to take action against Sasa TV for “breaching clauses on accountability, obscenity, taste and tone in reporting by allowing a presenter… utter offensive and unprintable words on air.”

Ng’ang’a in turn dismissed MCK’s statement, saying he is only answerable to CA and not MCK.

“As far as I know, I am not under the Media Council of Kenya but under CA. We report to the CA and I receive a letter from them giving me a warning,” Ng'ang'a said, adding that only until MCK finds a better way to address him will he dispatch his lawyer to answer the council’s concerns.