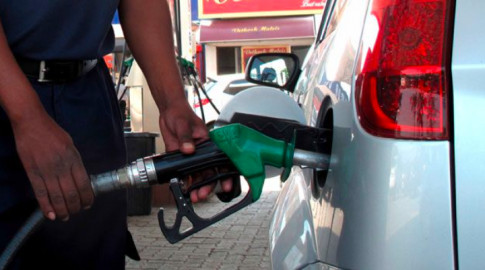 Kenya’s oil import bill hit a near 10-year high in the month of November as the country bears the brunt of rising global oil prices.

This the highest monthly billing for the commodity since March of 2012 when the charge on the fuel and lubricants imports stood at Ksh.41.1 billion.

The heavy oil import bill mirrors rising global oil prices with the average price of Murban, the crude component from which Kenya derives its fuel imports, stood at $82.11 and $80.37 in October and November 2021 respectively.

The rising fuel import bill has mainly been anchored on rebounding consumption following the re-opening of world economies after the onslaught of the COVID-19 pandemic.

Nevertheless, consumers in Kenya have largely been spared from the higher global oil prices through the operation of the fuel price stabilisation mechanism by the Energy and Petroleum Regulatory Authority (EPRA).

For instance, the average retail prices for all three petroleum products have remained unchanged for the last three months on the application of savings from the mechanism.

A litre of petrol in Nairobi for instance has remained at Ksh.129.72 since October 14 while diesel and kerosene prices have been unchanged at Ksh.110.60 and Ksh.103.54 per litre respectively.

International oil prices have remained on the rise at the start of 2022 largely from a build-up in demand alongside emerging geopolitical tensions.

Last week, Murban oil prices rose to $87.95 per barrel from $84.59 a week earlier to mirror the inflated costs.

The higher oil import bill has been exacerbated by a weakened Kenyan shilling which has lost about 0.3 per cent of its value against the US dollar in the year so far.

Moreover, the higher import bill has seen the country’s current account deficit in the 12 months to November expand to 5.2 per cent of GDP compared to 4.7 per cent of GDP a year earlier.

The current account deficit is however estimated to remain at 5.2 per cent of GDP at the end of 2021 according to the Central Bank of Kenya (CBK).

This is as the fuel import bill is offset by improving receipts from agricultural and services exports alongside strengthened diaspora remittances.

Fuel imports make up about one fifth/20 per cent of all imports into the country.