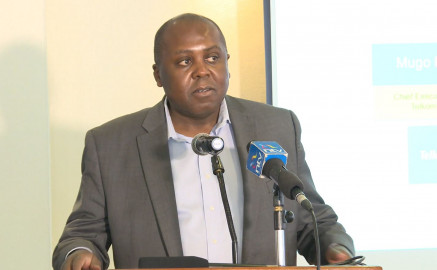 Operator Telkom has announced the investment of Ksh.11.1 billion ($100 million) towards the expansion of its 4G network in Kenya.

The new financing is expected to facilitate the setup of 2000 additional sites by 2023 trippling its 4G sites from the current 590.

The company has partnered networks and telecommunications company Ericsson and systems integrator NEX XON who will execute the infrastructure development.

The drive makes up part of Telkom’s long-term network expansion strategy announced in August last year which seeks to transform the company into a technology company.

“Two of our commitments are to better position our infrastructure asset base and services to drive digital transformation within our various customer segments thus providing them with more balue as well as bridge the digital devide through the expansion of our mobile data network,” said Telkom Chief Executive Officer Mugo Kibati.

“We continue with our long-term terrestrial network expansion plan which will see us scale up to 80 per cent of our network to 4G, increase our network footprint across the country and get more Kenyans online.”

According to the latest data from the Communications Authority of Kenya (CA), Telkom’s share of mobile data subscriptions stood at 4.6 per cent as of the end of June behind both Safaricom and Airtel.

This places the estimated number of Telkom’s mobile data subscriptions at an estimated at 2.1 million.