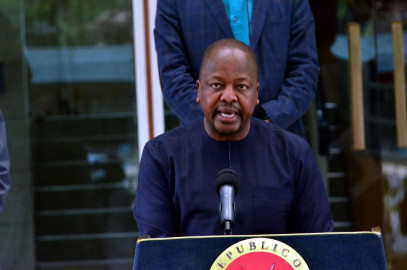 The COVID-19 positivity rate in Kenya has for the third consecutive day exceeded the 10 per cent mark raising concern about the resurgence of infections in the country.

The positivity rate on Thursday hit a high of 16.3 per cent after 943 people tested positive for COVID-19 from a sample size of 5,787 tested in the last 24 hours. On Tuesday and Wednesday this week, the positivity rate was 11.5 per cent and 10.6 per cent respectively.

In a statement issued on Thursday, the Ministry of Health said the total confirmed positive cases are now 258,557 while cumulative tests so far conducted are 2,908,081.

The ministry also said 145 patients recovered from the disease, out of which 111 were from the Home-Based Isolation and Care program while 34 were discharged from various health facilities countrywide. Total recoveries stand at 249,154.

No death was recorded in the last 24 hours hence the cumulative fatalities still stand at 5,350.

“A total of 177 patients are currently admitted in various health facilities countrywide, while 1986 are under the Home-Based Isolation and Care program,” said Health CS Mutahi Kagwe in a statement to newsrooms.

Kagwe added: “A total of 41 patients are on supplemental oxygen with 40 of them being in the general wards. One patient is in the High Dependency Unit (HDU).”

The proportion of adults fully vaccinated was 12.5%. The government is working towards vaccinating a targeted population of 27,246,033.