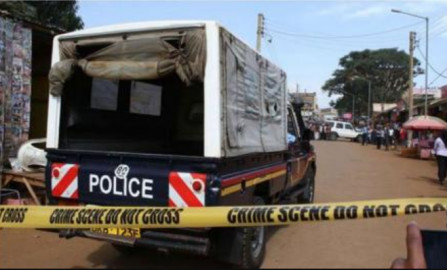 File image of a police vehicle in a crime scene. PHOTO|COURTESY

Police are probing an incident where a 32-year-old man allegedly committed suicide at Lenana area in Narok County.

The deceased, Kelvin Kioko Musila’s body was found in his house by his father on Thursday morning.

According to a statement recorded at Narok Police Station, the deceased’s father, Alfred Mwanza Musila reported the incident on Thursday after which the officers visited the crime scene.

“Police officers found the body of one Kamba male adult namely Kevin Kioko Musila dangling on a wardrobe with a wire tied around the neck,” read the report.

According to police, the body had no physical injuries on it and a suicide note was recovered. Details of the suicide note were not immediately revealed.

Musila noted that the deceased was his eldest son.

Crime personnel processed the scene and the body has since been moved to Narok Referral Hospital mortuary awaiting postmortem.

An investigation into the incident is underway.