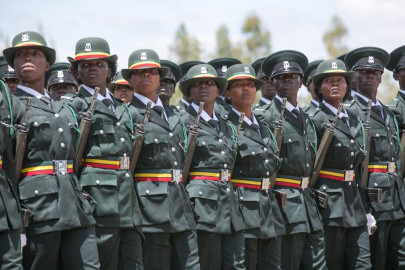 This emerged on Wednesday as the National Assembly’s Public Accounts Committee questioned Correctional Services PS  Zeinab Hussein on an Auditor General report that revealed that the prisons department overpaid Ksh.419 million to contractors.

“Did you find out if the supplies were actually made and if the suppliers were being overpaid?” the Committee questioned correctional Services PS  Zeinab Hussein.

The PS could also not explain why the prisons service had paid Ksh.555 million to contractors who failed to deliver any goods.

Hussein however insisted that the matter has since been raised before the Ethics and Anti-Corruption Commission and is currently under investigation.

“That anomaly was flagged and the matter because of its seriousness has since been forwarded to EACC for further investigations,” the PS said.

The MPs similarly raised concern over the burgeoning cases of fraud allegedly spearheaded by inmates from Kamiti Maximum Prison and why no action has been taken to address the issue.