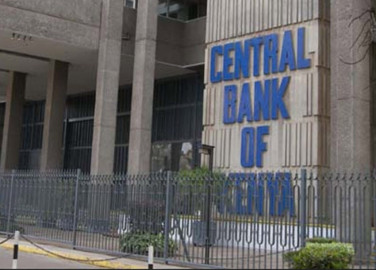 The Central Bank of Kenya (CBK) expects the Kenyan economy to now grow by 6.4 per cent this year from a lower 6.1 per cent earlier.

This is after the receipt of a strong opening half of the year with the economy having expanded by an average 5.3 per cent in six months through to June.

Leading economic indicators into the second half have pointed to ongoing economic recovery with the expected rebound being largely a part of base effect following last year’s 0.3 per cent GDP contraction.

“Our new projections are based on the optimism that economic actors have followed the reopening of the economy,” said CBK Governor Dr. Patrick Njoroge.

The services sector is expected to lead the rebound with a projected 10.4 per cent growth rate ahead of industry at 5.6 per cent.

Within the broad services sector, education is seen growing by 33 per cent ahead of ICT and 19 per cent and health at 9.3 per cent.

Nevertheless, accommodation and restaurants are expected to contract for the second year running with the dip estimated at 8.2 per cent.

Meanwhile, the Agriculture sector which served as a key safeguard for the economy last year is expected to tank by 0.6 per cent after contracting in back to back quarters through to June 2021.

Inadequate rainfall which has caused a fall in tea production has been tied to the reversal in the key economic segment.

According to the CBK an even stronger rebound in growth could be expected for the months of November and December following the vacated night-time curfew.

“The reopening happened in October and precisely on October 20, and so November and December should be taking off,” added Dr. Njoroge.

Private sector credit growth has continued to strengthen, coming in at 7.7 and 7.8 per cent in September and October respectively from a year low 6.1 per cent in July.

Meanwhile, the stock of the banking industry’s non-performing loans (NPLs) has fallen to 13.6 per cent from 13.9 per cent pointing to improved repayments and recoveries.

CBK notes its projections based on its Composite Index of Economic Activity (CIEA) remain generally aligned to past real GDP outcomes. The reserve bank sees 2022 growth at six per cent.

The new projections do not factor in the downside risks presented by the recently discovered Omicron variant.