CBK approves the wind up of Imperial Bank 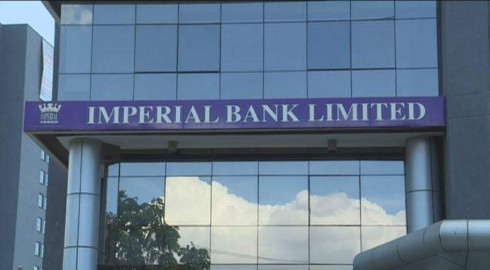 The Central Bank of Kenya (CBK) has given the green light for the wind up of Imperial Bank Limited in Receivership (IBLIR).

At the same time, the lender of last resort has picked the Kenya Deposit Insurance Corporation (KDIC) to serve the last rights as a liquidator.

The wind up of the bank follows the recommendations of an external auditor report submitted to the CBK  on December 7.

“The report indicates that considering the weak status of IBLIR’s financial position, liquidation is the only feasible option,” stated the CBK.

CBK expects liquidation to facilitate the orderly resolution of the bank, protecting the interests of both depositors & creditors and the wider public interest.

KDIC is expected to subsequently release information about the liquidation of IBLIR and the payment of depositors in due course.

CBK placed Imperial Bank under statutory management on October 13, 2015, due to what the reserve bank described as inappropriate banking practises following which the KDIC was appointed as the bank’s receiver manager.

In June last year, KCB Group carved out part of the bank's assets, valued at Ksh.3.2 billion and assumed liabilities of the same amount after serving an expression of interest.

In the aftermath, KCB announced the payment of Ksh.3.2 billion to depositors of IBLIR in four parts across four years.

To date, CBK says the depositors of the bank have cumulatively recovered 37.3 per cent of deposits since payments commenced in 2015.

So far, 45,700 depositors or an equivalent 92 per cent of depositors in the bank have accessed their funds in full.

The liquidation of Imperial Bank rounds off the resolution of banks which have collapsed in recent years.

In April this year, CBK gave the green light for the wind up of Chase Bank (Chase Bank Limited in Receivership-CBLIR) on the recommendation of an audit report by KDIC.

The bank went under on April 7, 2016, a day after a run on the lender which saw depositors pull funds from the bank in panic on ‘unconfirmed’ social media rumours about the bank’s financial difficulties.

Meanwhile, Charterhouse Bank Limited which had been under statutory management since June 2006 was sent to liquidation on May 7.