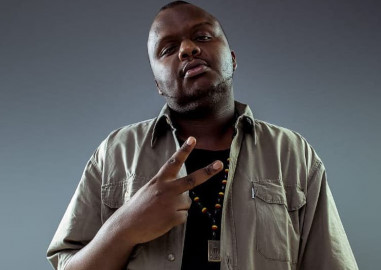 Mejja has maintained a consistency for the books in terms of releasing songs, be hey collabos, since the pandemic began.

Kenyans have had a terrible period since the pandemic began, there is no doubt about that.

But, somewhere in the midst of all that darkness, we found some ray of hope to hold onto; in the name of a humble Genge artist from Nyeri named Major Nameye Khadija, or just Mejja.

Mejja, almost singlehandedly, brought us back from the pits every time we slipped and fell; and he did it purely with a microphone and a beat.

It was like he took it upon himself to ensure, that despite being under lock down or quarantine, we never ever stayed bored. And, for that, the man deserves a honorary mention in State activities.

Mejja honored requests for collabos from relatively ‘smaller’ artists who, on normal days, no artist of his stature would have looked at twice.

He jumped into the studio with these young cats, caught the melody and made magic with them; and we, the fans, held on to his every word and danced to his every beat.

I think it’s pretty safe to say that the number of collaborations Mejja has done between the time the COVID-19 containment restrictions were put in place last year until they were lifted a couple days ago can fill out an entire DJ set at a club on a Friday night. True or true?

Hence, Citizen Digital has decided to take you down memory lane and give you a list of 10 of some of the biggest tracks Mejja released during this period.

It is also important to mention that, following the curfew lift, Kenyans took to Twitter on Friday to ask Mejja to release a track and he did just that - 'Maisha Tiki'. Your favourite bourgeois musician could never.