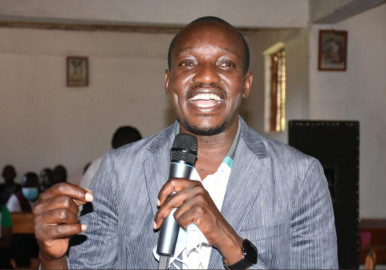 Dagoretti North Member of Parliament Simba Arati has declared his candidature for the Kisii gubernatorial seat in next year’s general election.

Speaking in Kisii on Wednesday during the launch of an Orange Democratic Movement (ODM) women league, Arati cited requests from his supporters as the reason for his decision to join the battle to be the next governor.

“It is not of my selfish interest, I have come here because of my people who have wanted me to come to Kisii, and I have to heed their call,” he stated.

The move by Arati now heightens the contest which already has Kisii Senator Sam Ongeri and Woman Representative Janet Ongera at the forefront, both ODM party members.

At the same time, the legislator and his team directed attacks on the current Governor James Ongwae for allegedly sabotaging his gubernatorial bid.

He told off the governor over his alleged involvement in the county’s succession politics advising him to let the contestants battle without interference.

Kitutu Chache South MP Richard Onyonka echoed Arati’s words saying that since Ongwae’s tenure in office has ended, he should exit the seat in peace.

In the recent past, the ODM leader Raila Odinga has been stern while advocating for peaceful campaigns in the region saying that nominations for the party ticket would be free and fair.