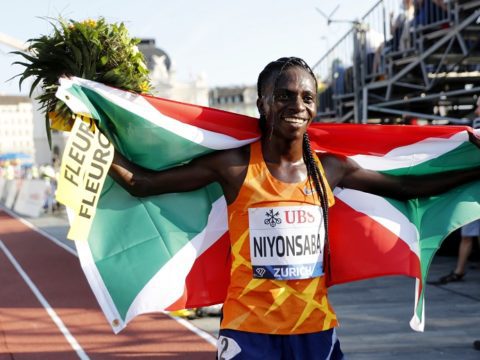 Burundi’s Francine Niyonsaba capped off her season by breaking the 2,000 metres world record on Tuesday, finishing with a time of 5 minutes and 21.56 seconds at a Continental Tour event in Zagreb.

The 28-year-old, who won the 5,000 metres Diamond League tile in Zurich last week, shaved nearly four seconds off the outdoor record and over two off the indoor mark.

The previous indoor record was set by Genzebe Dibaba of Ethiopia in 2017, while Ireland’s Sonia O’Sullivan had held the outdoor record since 1994.

Niyonsaba, an 800 metres silver medallist at the 2016 Olympics, is banned from her preferred distance because of naturally high levels of testosterone.

She moved up to 5,000 metres at the Tokyo Games but was disqualified for a lane infringement in her heat, while she finished fifth in the 10,000 metre event.