Nigerian authorities search for over 250 inmates freed in prison attack 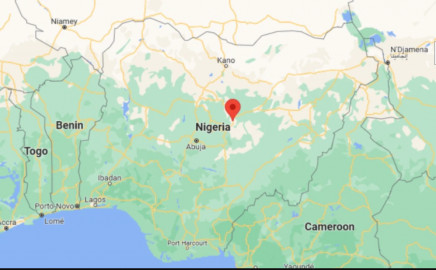 Nigerian authorities are searching for more than 250 inmates still at large after an armed group attacked a prison in the central city of Jos. Prison authorities say nine escapees were killed in clashes with security forces.

An unspecified number of heavily armed men invaded the medium-security prison yard in the city of Jos on Sunday evening, shooting sporadically.

Nigerian Prison Services officials say one soldier was killed during an exchange of gunfire with the armed men and one prison staffer was shot in the hand.

Officials say one attacker was killed and more than 250 inmates were freed. They say six inmates were injured during the attack and are receiving treatment.

This was the fourth major attack on prisons this year in the West African nation.

"Unfortunately, we're now faced with this new sheriff in town - armed men coming to invade the facilities with military-based weapons, including explosives and all of that, but we're not folding our hands," Enobore said.

Last month, a similar attack on a prison in southwestern Oyo state freed about 392 inmates.

In April, correctional service authorities in southeastern Imo state said 1,844 inmates escaped after a prison attack that was blamed on a separatist group known as the Indigenous People of Biafra or IPOB. The group denied the accusation.

"We are trying to upgrade the training of our arms corps personnel. The military is assisting us in that regard so that we'll be able to deploy military weapons to be able to withstand those attackers. We're also working on reclaiming our buffer zones to enable us to profile whoever is encroaching into your territory," Enobore said.

Experts praised the move, saying that charging the groups with terror-related offenses will make it easier to crack down on their activities.

"The prison officials should be able to study the pattern of the breaks and know where the problem is from. What they're supposed to do is to look at the caliber of prisoners they have. Then they will know what level of security they'll require to safeguard the prison," Agim said.

There were some 1,060 inmates in the Jos prison before Sunday’s attack. Prison authorities and the police are searching for 252 escapees who have been missing since the break.