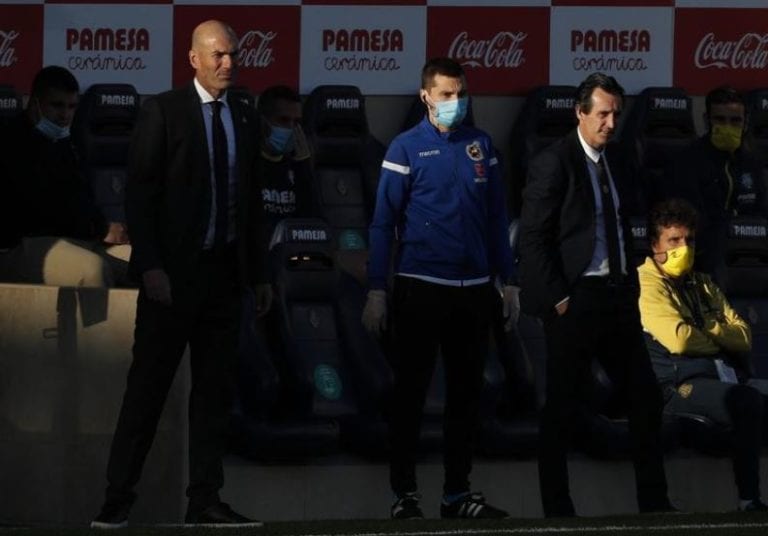 Frustrated Real Madrid coach Zinedine Zidane insisted through gritted teeth that his side had deserved more from their 1-1 draw with Villarreal in La Liga on Saturday even after they were out-played for most of the second half.

Madrid, who were missing seven players including captain Sergio Ramos and lead striker Karim Benzema, went ahead in the second minute through Mariano Diaz’s diving header but failed to get any more shots on target in the game.

Villarreal dominated the second half and although they also had one shot on target – Gerard Moreno’s converted penalty – they had 13 strikes at goal and should have snatched a winner when Takefusa Kubo fluffed a glorious late chance.

“This point feels like very little,” he told reporters in a brief news conference.

“We deserved much more given how we played today, especially in the first half, and I’m annoyed we could only get the point given how much of an effort we made.”

Zidane, who also denied reports that midfielder Isco has asked to leave the club in January, looked visibly annoyed with the questions he faced but the Frenchman said Madrid’s rusty form had not affected his spirits.

The defending champions have won only six of 12 games in all competitions this season and the draw left them fourth in the table.

“I have the same enthusiasm for this job as always and I’ll continue to feel this way as long as I’m here, don’t you worry,” he added.