Why Leopards Mainge nurses the dream of European football 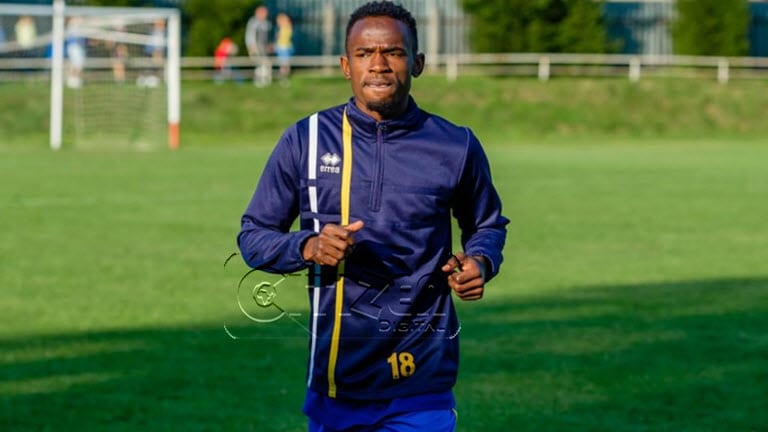 AFC Leopards defender Yusuf Nasri Mainge says he will use the skills he acquired while playing in Slovakia to better himself and his team when the Kenya Premier League resumes.

Tipped as one of the fast rising players in Kenyan football, the 20-year-old Mainge who also serves as the Kenya U-23 captain recently returned to the country after playing under a one-year loan deal at FC Pohronie in the Slovakian top-tier league, and says it took him time to settle.

Mainge reckons that for him to attain the top levels, he has to continue pushing himself to raise his game as eyes a return to Europe.

“First I tried to befriend the players in order for me to create a conducive environment for training and matches because the players and coaches speak the native language which was hard for me to understand,” explained Mainge.

With some of the teams in the top league in Slovakia playing in UEFA club competitions, the former Kakamega High School student feels that playing against them helped him raise his game.

“When I arrived I knew I was not going to get it easy to get a place in the first eleven. So I had to work hard in training to impress the coach and I thank God I excelled. If you play in Europe it’s very different and I will jump on an opportunity that comes up to go back,” added the Kisumu born defender.

While on loan from AFC Leopards, Mainge played for 80 minutes in his first league game for FK Pohronie back in September 2019 as his side lost 2-1 to the country’s giants MSK Zilina but according to him, it was an experience that he will never forget.

“I waited for so long, from late July 2019 to September 2019 to eventually make my European debut and I was very happy to make it against Zilina which is one of the big teams in Slovakia having represented them in the UEFA Champions League. It was not only a dream but a game that left me with lots of lessons in my budding career,” Mainge opines.

But why did it take him so long to earn his place in the team?

“At times I felt like I had given my best only to realize it wasn’t enough because everything there is a little bit higher than in my previous club and league.”

He continued: “The basics might have been the same but the coach wanted me to get his concepts right before I was fielded which requires a lot of patience because when you are eager to play you try to impress and you find yourself making mistakes here and there but I was in the hands of people who understood things better and hence made my work easier. They were friendly people which made my adaptation easy,” he says with nostalgia.

Having played a number of games in Europe, he believes he has the clout to play for and against the big boys in the Kenyan league. The full back wants to continue pushing himself to raise his game even more as he tries to get an opening of going back to Europe.

The young defender is also confident that in the near future he’ll get a chance to represent the senior team Harambee Stars, his biggest ambition, as he awaits to wear the famed blue and white stripped jersey of Ingwe.