We have to be perfect, says Guardiola after 19th win in a row 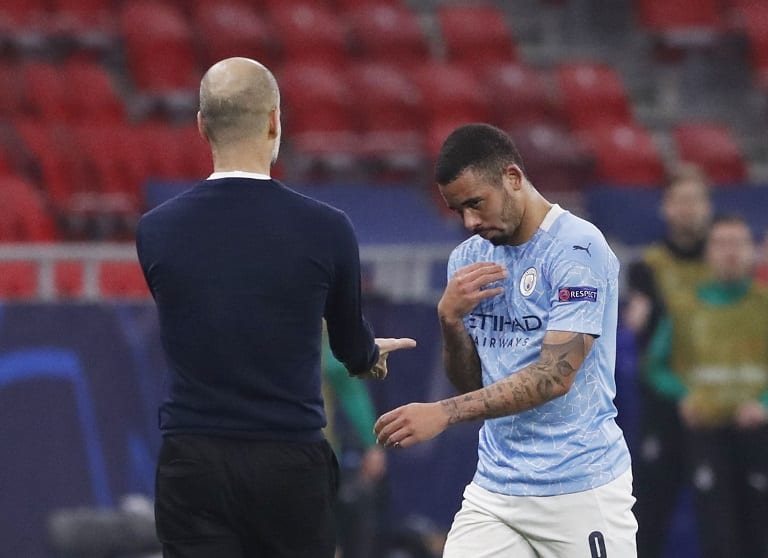 Manchester City manager Pep Guardiola says his side “have to be more clinical” despite seeing another dominant display sweep aside Borussia Monchengladbach for a 19th successive win.

Guardiola’s team – favourites to win their first Champions League title this season – were far too good for their meek last-16 opposition in Budapest, and perhaps should have added to the first-leg lead given to them by Bernardo Silva and Gabriel Jesus.

“In general, we controlled the game. Unfortunately we were not clinical enough up front,” Guardiola told BT Sport.

Silva headed in a wonderful cross from Joao Cancelo to open the scoring, before the same two players combined to lay on the second for Jesus.

Gladbach, appearing at this stage of the competition for the first time in 43 years, had no answer and would need something close to a sporting miracle to turn the tie around when the sides meet in Manchester on 16 March.

Is this City’s year?

Holders Bayern Munich may well have something to say about City being favourites for this year’s competition – but their fellow German side were rendered voiceless in Hungary.

Gladbach, no doubt handicapped by not being allowed to play at home because of Covid-19 travel restrictions, barely laid a glove on Guardiola’s side. They struggled to get out of their own penalty area at times, never mind into City’s, as the visitors pressed mercilessly.

Only Bayern (18) scored more goals in this season’s Champions League group stage than Gladbach (16) but such was City’s monopoly of possession that goalkeeper Ederson made his sole save in stoppage time.

It is a pattern that is becoming the norm. Never mind conceding, City have only faced nine shots on their goal in four away games in Europe this season. Keep that up and even Bayern will struggle to knock them out.

The runaway Premier League leaders are playing football with such composure, quality and control that they are frequently serving up mismatches and that continued on the continental stage as they wrapped up a 12th away win in a row – a record for an English top-flight club.

Their first-half dominance was rewarded when Cancelo, playing more in central midfield than in his nominal role of left-back, clipped a fine cross from deep which Silva headed down and in.

Jesus should have made it two after the break but took too long to shoot when free in the area, but did then prod home when Silva headed back another fine Cancelo ball.

Kevin de Bruyne was left on the bench throughout and record goalscorer Sergio Aguero was introduced as a late substitute after missing 14 games – and 14 wins – to give City another boost.