‘We cannot survive’, tennis counts the cost of empty stands 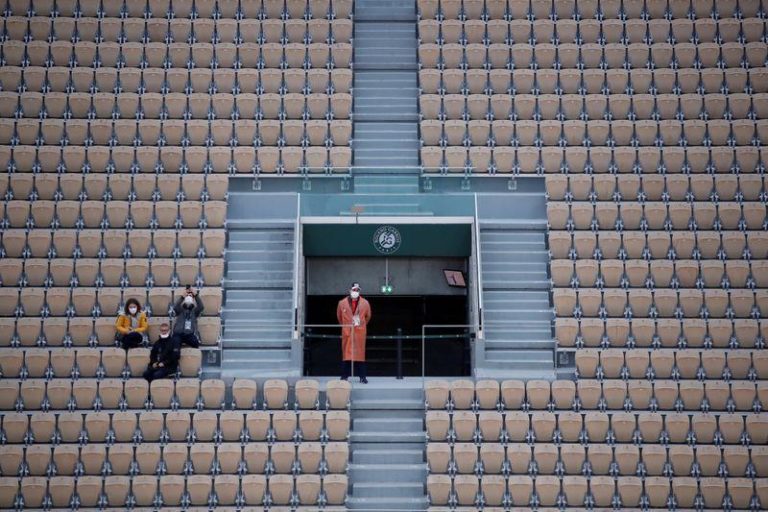 Tennis has limped back to some semblance of normality after last year’s lengthy disruption due to the COVID-19 pandemic but stakeholders fear playing tournaments in front of empty stands might not be sustainable for long.

The professional circuit was shut down for five months in 2020 before tournament organisers set up biosecure bubbles for players and support staff while keeping fans away from stadiums.

The disruption has been less severe in 2021 but tournaments, barring the swing in Australia in February, continue to be played in front of a handful of fans at best.

The absence of spectators has not just robbed tournaments of atmosphere and sapped the energy of players who thrive on it, but has also had a savage impact on finances.

ATP tournaments incurred losses of between $60 and $80 million last year, hurt by last-minute cancellations, a wipeout of ticketing revenue in absence of spectators and a 30% drop in proceeds from sponsorships.

And, with the added burden of expenditure on health protocols, has led to a reduction in prize money down to 50% of levels before the pandemic.

“With all the estimates that we have done, we think we can sustain this year,” ATP Chairman Andrea Gaudenzi told Reuters.

Gaudenzi said sponsorship revenue plunged about 30% on average since the start of the pandemic, with the Masters 1000 events – the level below the Grand Slams – relying on ticket sales for 45% of their proceeds.

Herwig Straka, one of three members of the ATP board representing tournament owners, said the call on whether to continue running events without fans could come down to a business decision.

“It’s about finding the right balance between enough prize money for players, especially for lower-ranked players to survive, and also for tournaments to continue,” Straka said.

“And obviously for the smaller tournaments this challenge is higher. So not only as a business but also as a sport we definitely need spectators to return sooner than later … we cannot survive without having spectators.”

The men’s governing body will spend up to $5.2 million – primarily taken from the bonus pool for the top 12 eligible players at the end of season – to boost prize money at its events until Wimbledon.

The WTA had to fund the entire prize money of $565,530 for its season opener in Abu Dhabi from its own funds.

“The reduction in prize money levels that are in place for 2021 is not something anyone wants to see,” WTA CEO Steve Simon told Reuters.

“However, with the compromised revenue streams from ticketing and sponsorship being dealt with, the reductions are required and appropriate.”

Before her early exit from this week’s WTA 1000 event in Dubai, world number five Elina Svitolina said reduced purses could potentially have an impact on motivation.

Americans John Isner and Reilly Opelka were less diplomatic when they hit out at ATP management recently for not taking salary cuts while players effectively were.

Gaudenzi said that even in the worst case scenario, the ATP was still tracking to deliver 2021 prize money levels of about $180 million, 23% less than 2019.

“It’s still not a terrible result, considering the challenges we face,” the Italian said, adding that most tournaments would be happy to break even in 2021.

With vaccines against the virus starting to roll out, tennis bosses were hopeful that restrictions on spectators would start to be relaxed.

“A no-crowd formula that extended into the future would require a restructuring of how sports in general would proceed,” said WTA’s Simon.

“We are beginning to see a pathway for fans to begin returning at restricted levels as 2021 progresses and hopefully a significant move towards full stadiums in 2022.”