Warriors’ Thompson out for season with Achilles tear 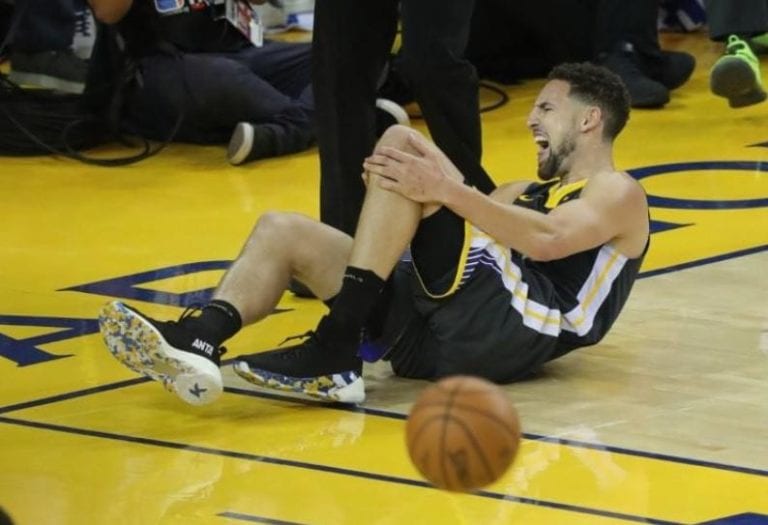 Warriors All-Star guard Klay Thompson will miss the NBA season after tearing his right Achilles tendon during a practice game in Southern California on Wednesday, the team confirmed on Thursday.

The sharp shooting 30-year-old missed all of last season with a torn left anterior cruciate ligament that he suffered during the Finals last year and the three-time NBA champion was poised for a big season alongside fellow “Splash Brother” Stephen Curry.

While Thompson’s return to NBA action will have to wait, early indications suggest he will be able to fully heal.

“Based on the type of tear, Thompson has been told to expect that he will make a full recovery,” ESPN reported, citing a source.

There has been an outpouring of support for the well-liked Thompson from basketball community since news of the injury surfaced less than two hours before Wednesday night’s NBA draft.

“My heart goes out to him. Good guy, one of the greatest shooters this game has ever seen,” he said.

“Bad for him, bad for the league, bad for us not to see him out there. It’s a damn shame.”

After making the NBA Finals five years in a row, the Warriors posted the worst record in the league last season as Thompson and Curry were both sidelined by injuries.

The NBA regular season kicks off on Dec. 22.