The rise and rise of Sigalame as a basketball power house 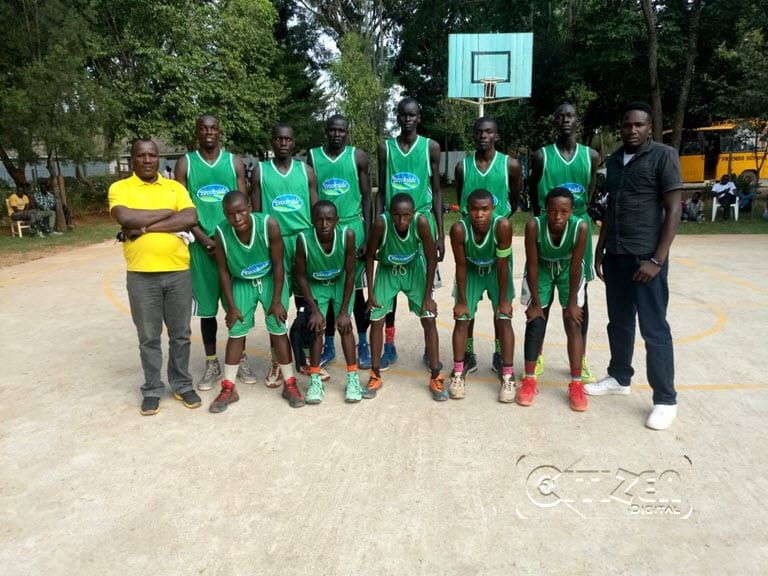 Colin Powell, the retired four-star general in the United States Army and revered statesman once said a dream doesn’t become reality through magic; it takes sweat, determination and hard work. That is exactly what Sigalame High School principal Joseph Were was thinking when he was appointed to take over as the school’s head in 2008.

Located at the slopes of Funyula Hills in Busia County, Sigalame High School has risen through the odds to prove to the world that basketball isn’t a reserve of city dwellers .

The school’s principal Were who doubles up as the coach explains how the revolution began.

“I requested the area MP to help us built an all weather basketball court through CDF, that one alone motivated the players to join the team.

“Being the principal I didn’t have a lot of time to train the team, but in 2015 that’s when I became serious after realizing the potential of the boys,” he explained.  “I started a Form One team with most of the players from Nairobi and to a surprise they reached the Regional Games.

“That is the team that has grown, he said, adding that “nurturing from Form One to Four is what has bore the fruits that we are reaping now.”

Having missed out of the nationals in 2017 for fielding an ‘ineligible player’, Sigalame bounced back stronger last year at the Western Region School Games defeating Chavakali in the finals to book a place for nationals.

This year, at the national event, held two weeks ago, they finished fourth.

The little known Western champions went all the way to the finals and faced seven times national champions Laiser Hill losing 65-48 but both teams represented Kenya in the East African School Games held in Rwanda.

So, what has been the jigsaw?

“As a coach I have a very strict program and always insist on the players running the game fast enough and making quick scores since we are not much gifted with height. Our speed is what we capitalize on,” he said of the team’s tactical plan in a recent interview with Citizen Digital at the school.

With the area’s geography quite hilly, the team has taken advantage of the terrains’ ruggedness making mountain climbing a ritual during the off season break, aimed at improving their speed and stamina.

“We also participate in highly competitive pre-season tournaments like the Allan Bradely, played at Friends School Kamusinga that prepares us very well. We have been the champions for the past three years including this year,”he said with a tinge of pride.

They say the key to keeping your balance is to know when you’ve lost it and the school principal is aware of the importance of academics for his students and keeps encouraging them to balance their on-field excursions with class work.

“For me academic comes first. I expect my players to give 100 percent on the pitch and do the same in class, that’s why I give them talks on the importance of balancing the two because there is life after basketball ,”said the former Friend School Kamusinga coach.

“We need to have more coaches who are teachers. Nowadays many schools are hiring outsiders but a teacher appeals more to the students especially discipline wise and even when in need for counseling,” he reckons.