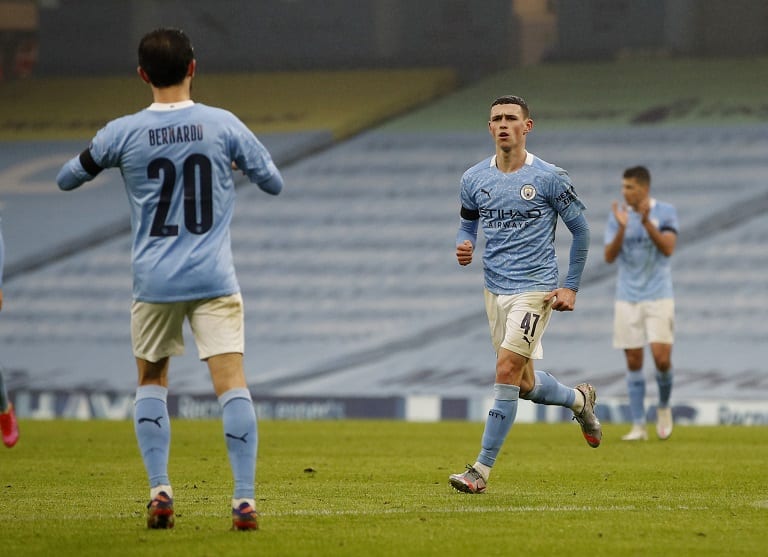 Manchester City produced a polished performance to outclass 3-0 Birmingham and reach the FA Cup fourth round.

Three second-half goals rewarded a fantastic performance from John Yems’ side as they made light of the 62 places between themselves and their Premier League visitors.

England midfielder Mason Mount put a strong Blues side ahead on his 22nd birthday from 25 yards.

At the Etihad, City were without striker Sergio Aguero, who was supposed to be making his first start since October, but has to isolate because he came into contact with someone who had Covid-19.

“Unfortunately he was in contact with a person who has tested positive [for coronavirus] and that’s why he must be isolated for a few days,” Manchester City boss Pep Guardiola said afterwards.

“I don’t know exactly how long he will be missing because he has been tested, like all of us, six times in the past 10 or 15 days. He was negative and I think today he is negative too, but he was not able to play today.”

Aguero’s absence will not help Manchester City’s busy January schedule but it made little difference this time, as early goals by Bernardo Silva gave them full control and Phil Foden’s strike put the tie beyond doubt before half-time.

Guardiola’s side, who beat Manchester United on Wednesday to reach the Carabao Cup final, took things easier in the second half but still dominated possession and gave Bernardo enough chances to complete his hat-trick.

Birmingham were on the back foot from the start, and fell behind when they could only clear Joao Cancelo’s clipped pass into the path of Bernardo, who expertly steered the bouncing ball into the top corner with a fierce first-time shot.

Another superb passing move soon after gave Bernardo his second goal, this time with a tap-in from Kevin de Bruyne’s pull-back.

The Belgian was in majestic form and opened up the Birmingham defence time and time again before Riyad Mahrez fed Foden to make it 3-0 from the edge of the area.

That advantage was always going to be enough to see off a Birmingham side who are 18th in the Championship and had lost five of their previous six league games, failing to score in the past three.

Birmingham took until the 34th minute to test Zack Steffen through George Friend’s deflected shot, but almost got a late consolation when substitute Jeremie Bela blasted just over the bar from 25 yards out.