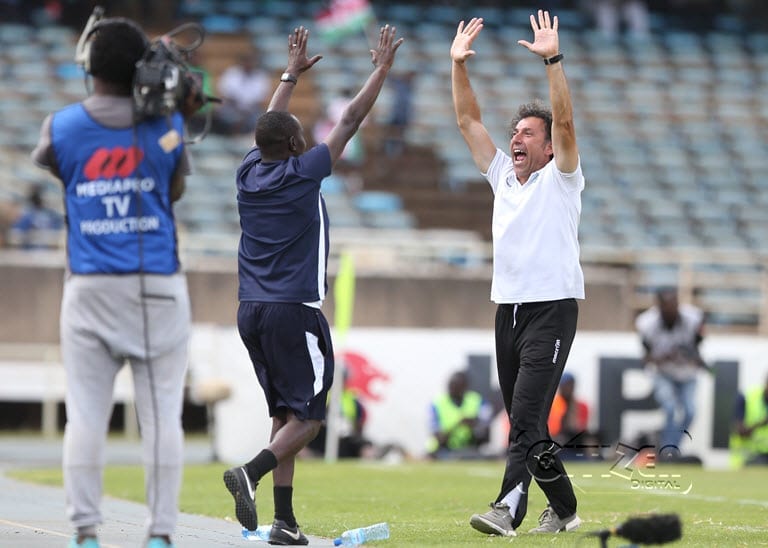 Hassan Oktay, the head coach of cruising Kenyan Premier League champions Gor Mahia has claimed that several clubs are after his signature.

In an interview with our sister station Ramogi FM during a football magazine show dubbed ‘K’Ogalo Time’ on Saturday, the Cypriot said that he is keen on guiding K’Ogalo to an 18th league title but admitted several suitors, six in total; three from Africa the the rest from Europe, are courting him, but was quick to point out that he’ll  hold negotiations with Gor Mahia’s management to discuss his future at the end of the season.

“It is true a few clubs approached me, from Africa and Europe. But I still have one year on my contract as Gor Mahia coach and so I have to concentrate on my team,” he said. “At the end of this season I can sit down with the chairman and committee members and discuss a few issues. But I can tell you a total of six teams approached me, six from Africa and two from Europe,” Oktay said.

The Turkish-Cypriot coach, who replaced Dylan Kerr last December, has led his side to the summit of the 18-team league on 58 points after 25 rounds has one year remaining on his contract with the KPL giants, and says he will not ‘rule out anything’ at the end of the season but his target remains helping K’Ogalo clinch unprecedented 18th KPL title.

Abut the CAF Confederation outing, Oktay believes it was a great achievement for his charges to reach quarter finals for the first time despite their infamous crash out against ‘little known’ RS Berkane of Morocco early this month.