State of Stadia: The Ruringu shame! 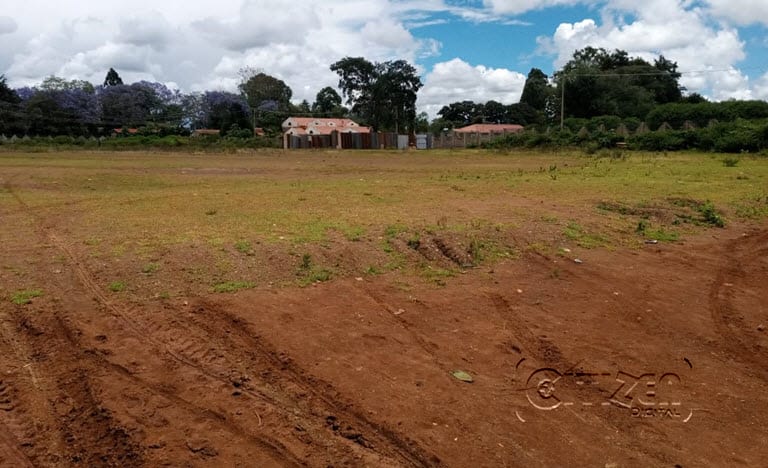 When construction work commenced in mid 2017 and about Sh500 million set aside for upgrading the historic Ruringu Stadium in Nyeri County, no one thought the proposed work that was to take six months would stall two years down the line.

Fast forward with the funds diverted to other projects and renovation work having grounded to a halt literally, with just county contracted workers raising the perimeter fence, what should have been an iconic stadium in the heart of Nyeri Country, the home county of Kenya’s third president Mwai Kibaki is instead an eye sore.

To help put matters into perspective, figure out this: when you arrive here, what you find are young men and women and motor vehicles meandering their way on the open ground which has become a driving training ground.

“The national government promised to build and money was set aside, as Nyeri County we were mandated to build a fence around the ground to protect it from vandalism; phase one is already complete but phase two is set to start soon,” said Simon Wachira, Nyeri Chief Officer of Sports.

Ruringu which is ironically the biggest ground in Nyeri with a potential of being the biggest sports facility in Mt Kenya region once developed, was mapped during the colonial era as a high altitude training centre and mostly served police officers from Kiganjo Police Training College, Prisons and military officers in the area, former Olympic champion Kipchoge Keino being one of the beneficiaries of the then vibrant camp.

With this rich history, President Uhuru Kenyatta so thought that it would befit the region to have a proper sports and recreational facility, and so at the height of the his re-election campaign in  2017, he launched the projected  perhaps bearing in mind that in 1963, his father, the founding president of the nation Mzee Jomo Kenyatta had visited the stadium to receive Mau Mau fighters who had been fighting the colonialists, marking the end of their resistance against colonial rule.

But it was just that, a launch!

“When a project is started it should be completed and within the stipulated time, if this stadium was ready it could have benefited many sports people in this region.  In sports, age is very important and we are now losing many talents,” Wachira added.

Painfully so, Nyeri County boasts of some fine talent moreso in athletics. It is also the home of four-time Boston marathon champion Catherine Ndereba, Charles Kimathi, the last Kenyan to win the 10,000m world title and the current multiple African Walk champion Samuel Gathimba who says lack of a state-of-the-art training facility in the county is hampering efforts to harness talent.

“We were promised long time ago the stadium will be ready and the promise now remains a mirage. Currently we don’t have any place to do our speed work,” Gathimba regretted.

“I don’t think this region is going to produce upcoming athletes anymore with this kind of facilities. You can see people are using it  as a driving learning ground, yet huge sums had been allegedly set aside for its  construction,” added Gathimba.

With the situation of the facility worsening by each passing day thanks to heavy rains which has made the surface look like a garden, six-time Lewa Marathon champion Philemon Baaru has moved his training away from the facility.

“In most races I have won, I’ve used this facility as the training venue but I’ve since shifted base to either Nyahururu or Eldoret which is very expensive, the idea of constructing a new stadium here was the best  news ever  but it remains just that – a dream,” regretted Baaru