Standing areas at Premier League grounds to be allowed from January 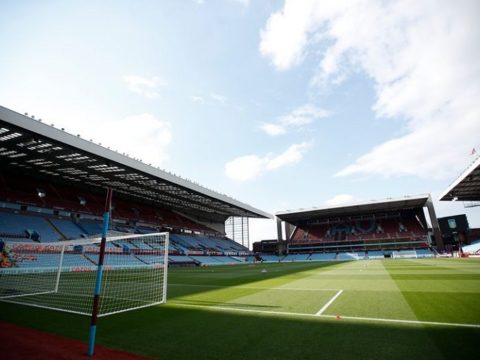 Supporters will be allowed to stand in selected English Premier League and Championship grounds from next year as part of a pilot programme, UK’s Sports Grounds Safety Authority (SGSA) said on Wednesday.

Safe standing is set to be trialled from Jan. 1 after the UK government instructed the SGSA to take the first steps in creating licensed standing areas at grounds.

The introduction of designated standing areas would mean an end to the “all-seater stadium” law in the top two divisions brought in 25 years ago as a consequence of the 1989 Hillsborough disaster.

“We have been clear that we will work with fans and clubs towards introducing safe standing at football grounds providing there was evidence that installing seating with barriers would have a positive impact on crowd safety,” said Sports Minister Nigel Huddleston.

“With independent research now complete, and capacity crowds back at grounds across the country, now is the right time to make progress. I look forward to hearing from clubs who wish to be part of our early adopters programme.”

Clubs would have to meet certain criteria to get approval, including having “the necessary infrastructure” in both home and away areas of their stadium.

Premier League clubs Chelsea, Liverpool, Manchester City, Manchester United, Tottenham Hotspur and Wolverhampton Wanderers have had rail seating installed at their grounds, allowing them the flexibility to have standing or seated fans in certain areas.

Campaigners have long called for a return to safe standing areas and the move has been welcomed by the Football Supporters’ Association (FSA).

“There is a tradition of fans standing at games as it increases choice, improves atmospheres and ensures supporter safety when hosted in properly managed and licensed standing areas,” the organisation said in a statement.

Jon Darch of the Safe Standing Roadshow said it was a step in the right direction.

“Hopefully, it will lead in due course to all clubs being able to offer supporters the choice of watching matches sitting down or standing up,” he told Reuters.