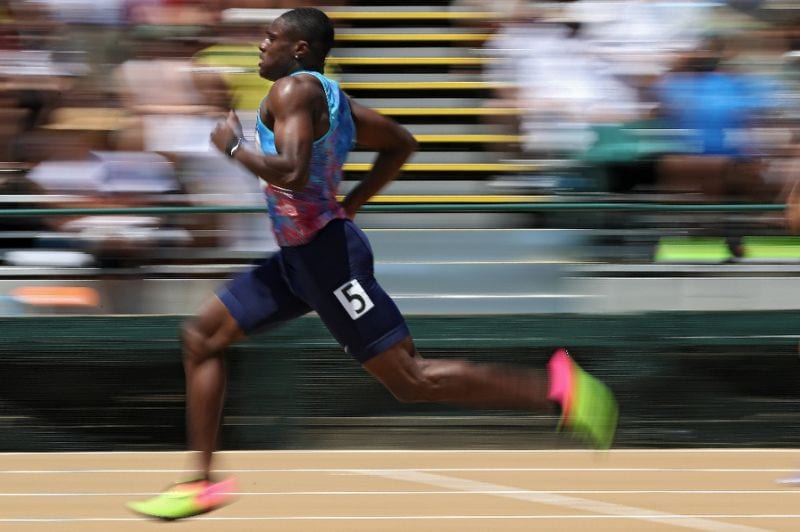 Christian Coleman will not have a 100m world championship rematch with Justin Gatlin at Saturday’s 44th Prefontaine Classic nor will he face Noah Lyles in a 200m showdown at his Diamond League debut.

The 22-year-old American star was to have faced both star rivals at the Eugene, Oregon, meet in his season opener after winning this year’s world 60m indoor crown at Birmingham and finishing second to Gatlin in last year’s world outdoors 100m final at London.

But 2004 Olympic and 2005 world champion Gatlin, 36, withdrew from the 100 to foil what would have been his first meeting with Coleman since they both outraced third-place Usain Bolt in the Jamaican star’s last individual race.

That prompted Coleman to pull out of a 200m matchup against Lyles, the Diamond League leader after winning at Doha earlier this month in a personal best of 19.83 seconds, and run only the Pre 100m, according to a Twitter posting from manager Emanuel Hudson.

“Coleman set to run the 100m @nikepreclassic, earlier mgmt considered a 100/200m double,” the HSI Sports Agency tweet said. “being his first race of the season, it is more prudent to only contest the 100m. His opening 200m will occur in @BislettGames.”

Baker owns the fastest time in the world this year with a 9.97 last month.