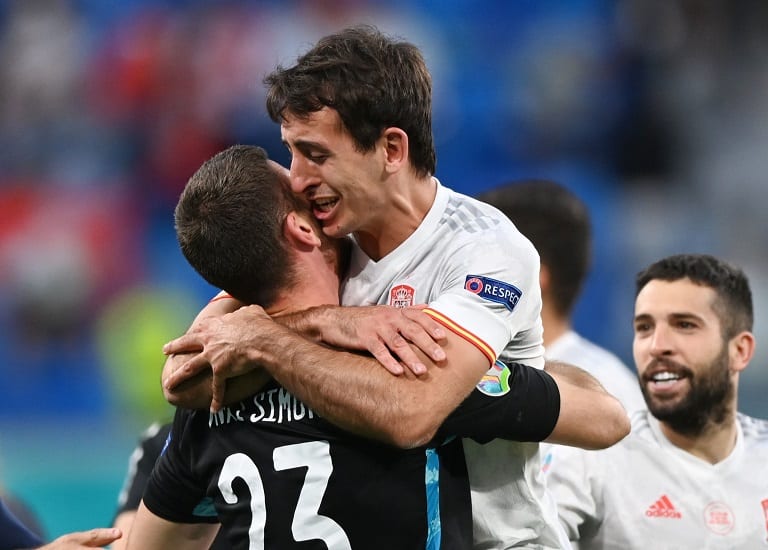 Spain reached the Euro 2020 semi-finals on Friday after prevailing 3-1 in a nervy penalty shootout against dogged Switzerland who were reduced to ten men by a sending off but still clung to a 1-1 draw after extra-time.

Mikel Oyarzabal struck the decisive spot-kick after Gerard Moreno and Dani Olmo had converted for Spain and Sergio Busquets and Rodri squandered their kicks.

In open play, Spain took an eighth-minute lead when a Jordi Alba strike took a heavy deflection off Daniel Zakaria and went into the net but Switzerland levelled in the 68th when Xherdan Shaqiri cashed in on a mix-up in the Spain defence.

Switzerland’s cause was then complicated by Remo Freuler being shown a straight red card in the 77th minute, but they held on to force the extra period and somehow survived a Spain onslaught to make it to spot-kicks.

But after beating France 5-4 on penalties in the last 16 by scoring all their kicks, only Mario Gavranovic could beat Simon and the Swiss were left heartbroken, still waiting to win a European Championship quarter-final.

Spain, though, are rewarded with a trip to Wembley to face either Belgium or Italy and are dreaming of a first major final since winning Euro 2012.