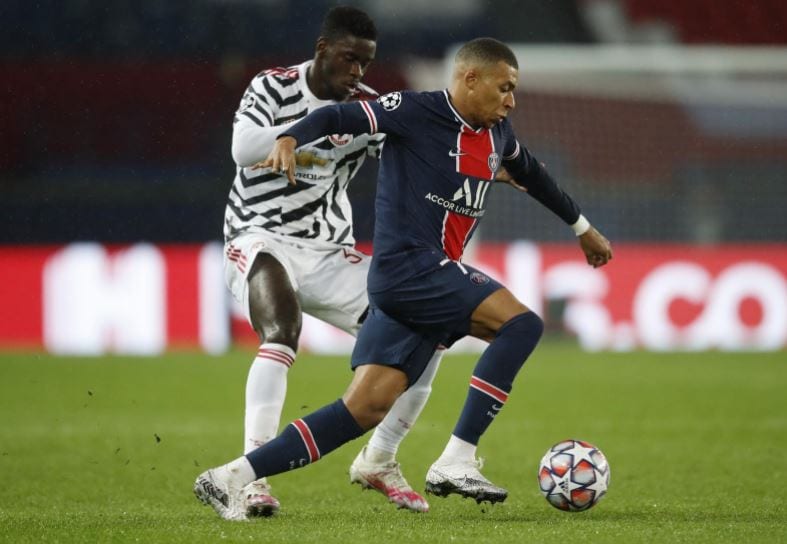 Manchester United defender Axel Tuanzebe can enjoy a long career at the Premier League club and needs to improve his consistency to realise his full potential, manager Ole Gunnar Solskjaer said on Friday.

Tuanzebe, who has suffered a number of injuries, kept Kylian Mbappe and Neymar quiet in his first game in 10 months as United overcame Paris St Germain 2-1 in the Champions League on Tuesday and Solskjaer was full of praise for the 22-year-old centre back.

“It was a great performance by a kid who’s not played for 10 months. I’m delighted for him, such a professional character… he works really hard, been thorough in rehab,” Solskjaer told reporters ahead of Saturday’s game against Chelsea.

“I’m pleased for him. Now it’s about getting consistency in his performances, he’s got to stay injury-free but I think he can kick on, he’s a leader.

“He can play right back, centre back, midfield, he’s a boy who takes responsibility for his own development and he’s doing everything he can to have a long career at United and get that consistency.”

Solskjaer brushed off media reports that the club had warned young forward Mason Greenwood about his discipline, saying that the 19-year-old was a target because of his early success and transgressions on international duty.

“I’m not concerned with Mason making a target for himself. He came in and played fantastic… He made a mistake for England and suddenly the English press go after him,” Solskjaer said of the player, who scored 17 goals in all competitions last season.

“I have to disappoint you… he’s never late for training. I’ve seen some ex-United players talking about him and they don’t know what they’re talking about.”