Snow takes lead after round two at Limuru Country Club 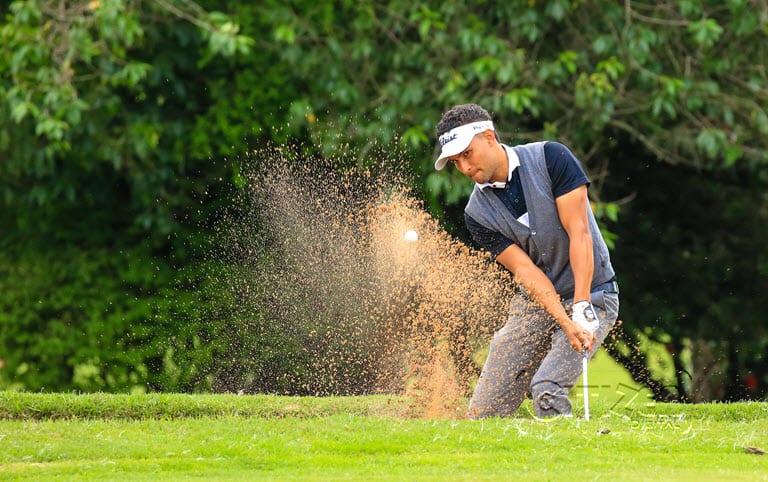 Muthaiga Golf Club’s Greg Snow returned an excellent score of 6-under par 66, the best for the second round, to take the lead of the Safari Tour leg at the Limuru Country Club.

Snow, who was the winner of the Vet Lab Leg of the Safari Tour, shot a bogey-free round, returning 8-pars on the first nine and a lone birdie on the par-4 9th. On the back nine, he found his swing and hole an eagle on the Par-5 15th, his second eagle on that hole so far, and a double eagle on the Par-4 17th before closing the round with a birdie at the Par-5 18th . Snow’s 6-under par score and his first round score of 5-under par, for a tournament total of 11-under 133 gross gives home a six stroke lead going into the third round. David Opati is second on 139 after a second round score of even par whilst Tony Omuli is third with a score of 141.

Speaking after the Round, Snow said he was pleased with his performance adding focus now shifts to the next two days in order to get the job done.

“Overall, it was a good round and I am pleased with the performance. My focus now shifts to the next two days to get the job done. The course is in great condition and I think this offers all of us an opportunity to improve on our scores,” he said.

Overnight leader Nelson Simwa from Vet Lab struggled with form to shoot 7-over Par 77 for the round to take his total for the two rounds to level Par.

Meanwhile, the Golf Park duo of David Opati and Tony Omuli shot level par each for a total of 5-under par 139 and 3-under par 141 respectively to end the round second and third respectively.

The top amateur in the competition, Kiambu Golf Club’s Michael Karanga, ended the round in fourth after shooting 2-over par 74 for a combined total of 2-under par 142 going into the final rounds. Other amateurs who made the cut include Edwin Mudanyi – 144, 15-year old Taimur Malik – 146, John Karichu – 148 and Mike Kisia  – 152.

Commenting about the performance of the elite amateur players, KOGL Director Joe Wangai said it was encouraging to see the amateurs play well. “The purpose of the Safari Tour was not only to develop the Professional side of golf but also to develop our elite amateurs and our junior golfers,” he said. “The performance of all the amateurs at Limuru has been tremendous. The 15-year old junior golfer Taimur Malik gives us hope for the future.”

Other notable players for the round include Windsor Golf and Country Club’s Riz Charania who shot an impressive round to finish the day at 4-under par 68, to take his total for the two days to 1-over par 145.

A total of 25 golfers made the cut after the second round, among them five amateur golfers.

The third and fourth rounds of the Safari Tour leg at Limuru will conclude on Tuesday and Wednesday respectively. A total of Sh1m will be shared by the professionals who have made the cut.