Show me the details, Rachier tells Mwendwa over StarTimes deal

Just a day to the official unveiling of the Football Kenya Federation Premier League (FKF-PL) official broadcast partners, a contest on the bona fide owner of the broadcast rights is simmering, almost to a boiling point.

On one corner sits FKF president Nick Mwendwa, who is firm the federation owns the rights. On the opposite end is Gor Mahia Chairman Ambrose Rachier, leading other like-minded club chiefs who insist individual clubs own their rights.

Zoo Kericho, Mathare United and Ulinzi Stars are the other clubs opposed to ceding their rights, complicating the broadcast deal as the initial agreement included all the clubs.

Thus, the fundamental question on the conundrum is who owns the rights of the top tier league? Clubs or federation? According to Rachier, FKF has already exposed clubs indeed have the final say about the rights.

“If they (FKF) were holders of the rights, they would not have come to us asking to write an endorsement letter. The fact that our endorsement is required to validate the partnership says it all. But, the elephant in the room is blatant refusal to show us the details of the contract. How can I endorse something I have not seen?”

According to Rachier, the problem started way back when a transitional committee was appointed soon after the end of KPL Limited’s mandate to run the premier league.

The now defunct committee that was led by Ulinzi Stars’ Col. Erick Oloo had invited clubs to endorse the FKF-StarTimes contract but Rachier declined.

“I wrote to him (Oloo) explaining I could not sign because clubs should negotiate on their own behalf. If today we decide to sell our matches to say Citizen TV, no one can question us. FKF has no authority whatsoever to enter into any contract with any person purporting to grant such party our broadcast rights. Article 81 of the FKF constitution does not confer the rights,” underlined the city lawyer.

Rachier also separated the broadcast rights issue with the change of the league running body from KPL to FKF PMC.

“I do not have any problem with the federation running the league or any shirt sponsorship deal but I will not allow our matches to be aired unless we give consent after negotiations.”

Mwendwa’s perspective is different: “All football rights are vested on FKF, so we have contracts with StarTimes, BetKing and Milele FM. We signed these contracts with these clubs and 14 of them have signed an undertaking of the StarTimes deal. There are the four clubs that have not signed. On Friday we will unveil, and Saturday the league kicks off. If they won’t sign, I don’t know where they will play because we have one league,” said Mwendwa.

It now remains unclear if the Chinese pay TV Company will still be committed to the partnership without commitment from the dissenting clubs.

At the time of polishing this report, FKF was mute on the matter, with StarTimes CEO Hanson Wang also unreachable. 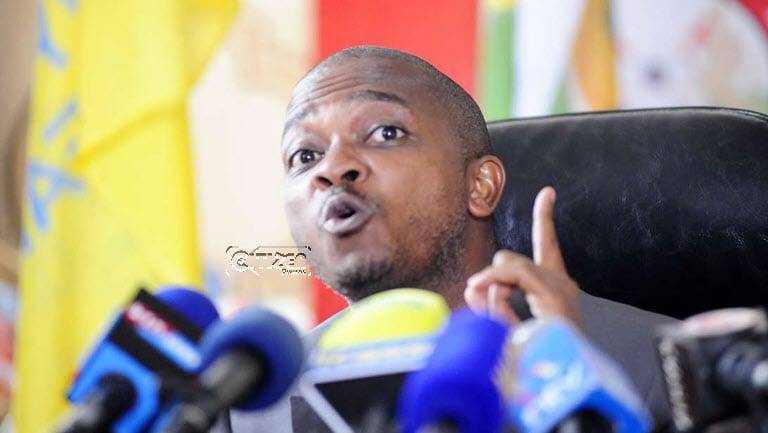 Meanwhile, Rachier says it will be wrong for clubs to proceed and play without a clear communication from the government about football restart.

Dr. Mercy Mwangangi (CAS Ministry of Health) on Tuesday said the discussion on clearing contact-sports to resume is still on, and nothing conclusive had been reached.

Based on the statement, Rachier says the federation must communicate clearly on the position of the government before clubs can resume playing.

“This morning I have talked to some people who I won’t mention and they are not ready to start off without clear guidance on the government’s position. It will be unwise to blindly get into it.”

Gor Mahia will be away to Kigali, Rwanda this weekend in their CAF Champions League season-opener against APR.