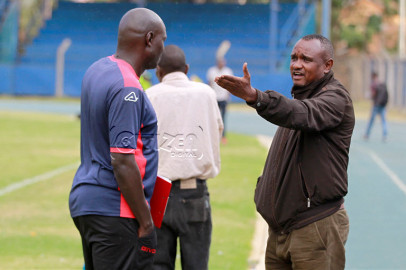 AFC Leopards Chairman Dan Shikanda is confident that the FKF-PL teams will be ready to resume the league on December 4.

Shikanda has hailed the FKF Caretaker Committee for the announcement which stretches to a further one week without football matches, confident that it gives them enough time to prepare well.

According to Shikanda, teams the delayed restart gives clubs some more time to perform an in-house cleaning and be in a position to compete for the trophies on offer this season.

“The Caretaker Committee suspended the league so as to help us and them to prepare well before the resumption.

We have had that opportunity to evaluate where we have come from and where we are heading to.

But now we have now come out of uncertainty after knowing the exact date of league resumption and teams will now ready themselves with December 4 in mind,” Shikanda said.

In a meeting with top-tier teams yesterday at Nyayo Stadium yesterday, the Committee also urged the clubs to comply with the Sports Act 2013, according to Ali Amour who is one of the members.

“On the Sports Act (2013) compliance we have agreed with the clubs and they have assured us that they have already started the process and almost through and I am grateful for that.

Secondly, how will the clubs grow their players and their youth teams? This one we have also discussed and so we have put in place strategies of which after every one week or 15 days to meet the clubs to monitor their progress and help in case there are challenges,” said Ali.

The Justice Aaron Ringera-led Committee also discussed the harmonization of the league fixtures.

The Committee was put in place to manage football in the country after the Sports Cabinet Secretary Ambassador Amina Mohammed elected to disband the Football Kenya Federation under President Nick Mwendwa two weeks ago.