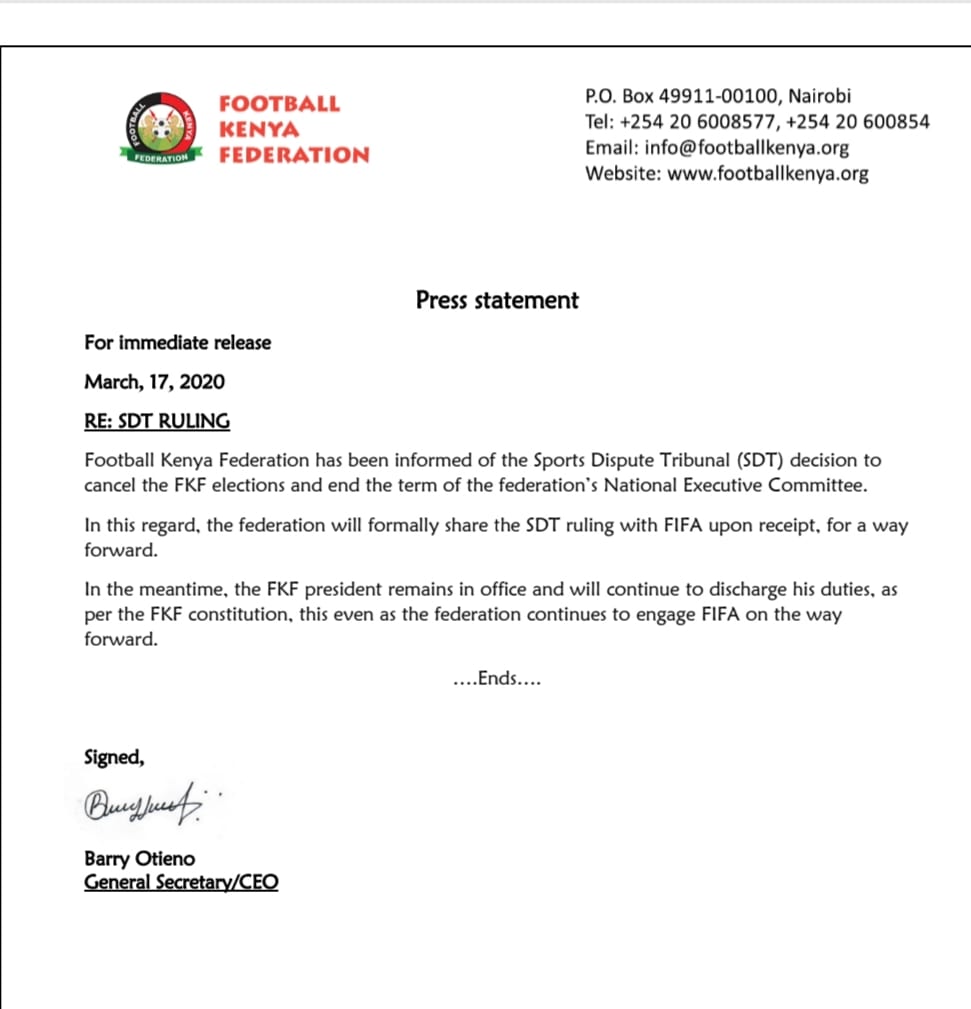 In a two hours, 35 minutes ruling delivered via a video-teleconference by the Chair John Ohaga, ironically, all the FKF prayers against the Sports Registrar were granted, but the question of candidature to the federation’s top office made all the difference.

Ohaga, also ruled in favour of FKF on all matters raised by the enjoined challengers in his eloquently delivered ruling, but would at the tail-end pronounce the article on the President and Vice President’s offices, in the electoralcode, “unreasonably” locked out potential qualified candidates from competing for the offices.

Thus, Ohaga nullified the electoral process that hitherto was one step to the national elections polls that includes the National Executive Committee (NEC), the Vice President and the President, set for March 27.

In paragraph 166 of the 49-page ruling, Ohaga averred: “This is clearly an illegitimate barrier to candidature and fully explains why, as Mr Ouma (interested parties’ lawyer) articulated, the positions of President and vice president have only one candidate making the election effectively a coronation. There are apparently numerous other positions in which there is no contest to the candidature of the incumbent.”

Consequently, Ohaga gave an order ending the tenure of the national office, meaning the NEC members now lack jurisdiction to reconvene and kick off yet another process towards a third fresh election.

However, the FKF president Nick Mwendwa remains in office, as well as the General Secretary, Barry Otieno.

It is that order, which necessitates a Normalisation Committee by FIFA, with Ohaga finding it the best out of the three options he had within the law going forward.

Poignantly, FIFA had given a deadline of March 30 to have the elections done, which means the ultimatum cannot be met in the wake of the new development.

In a reaction to the ruling, the FKF’s SG Otieno has written to media saying the federation will engage FIFA on the next move.

Summary of the rulling 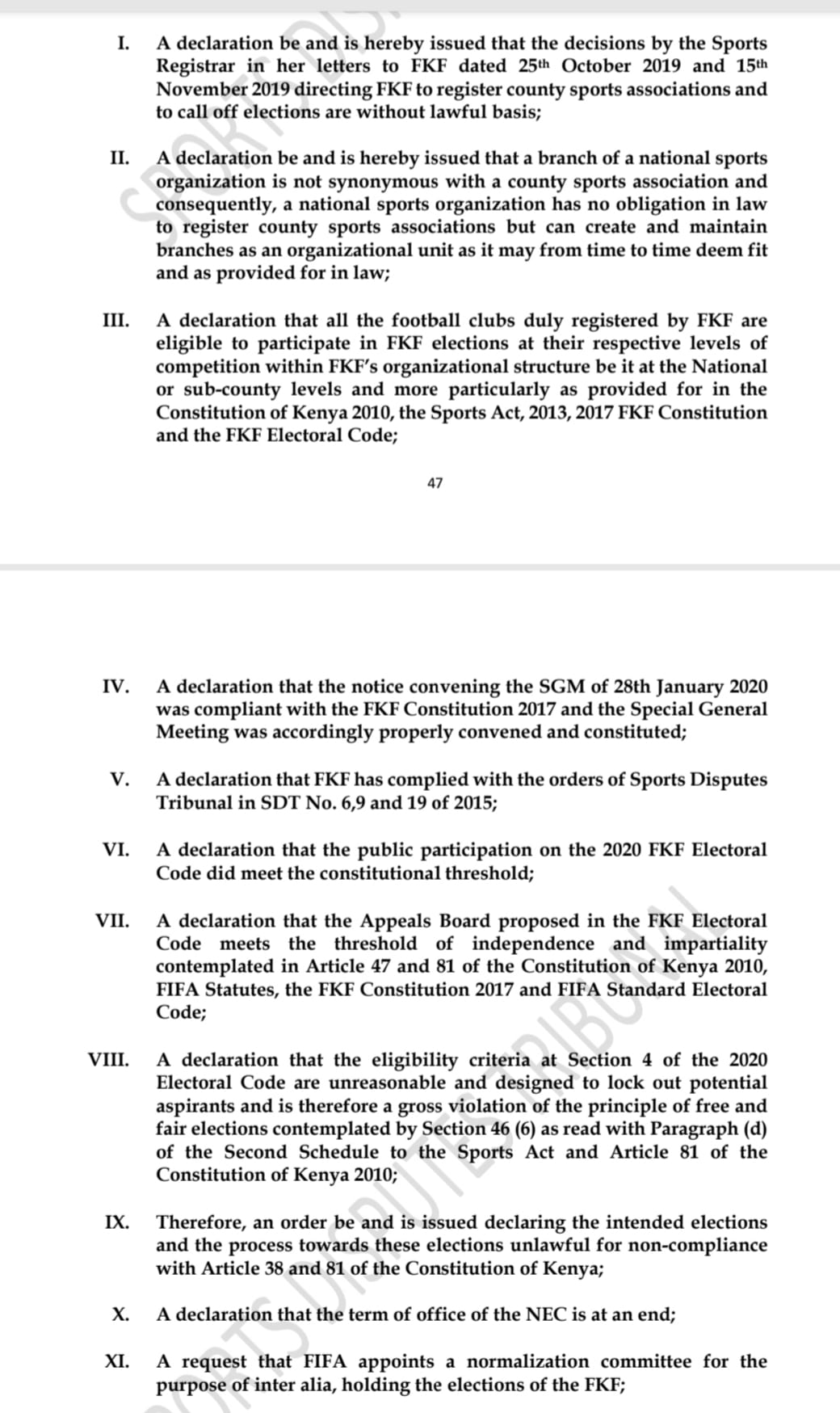 Meanwhile, the Elections Disputes Committee and the Electoral Board, shall remain in office until the Normalisation Committee is instituted, as the tribunal found them to be validly composed.