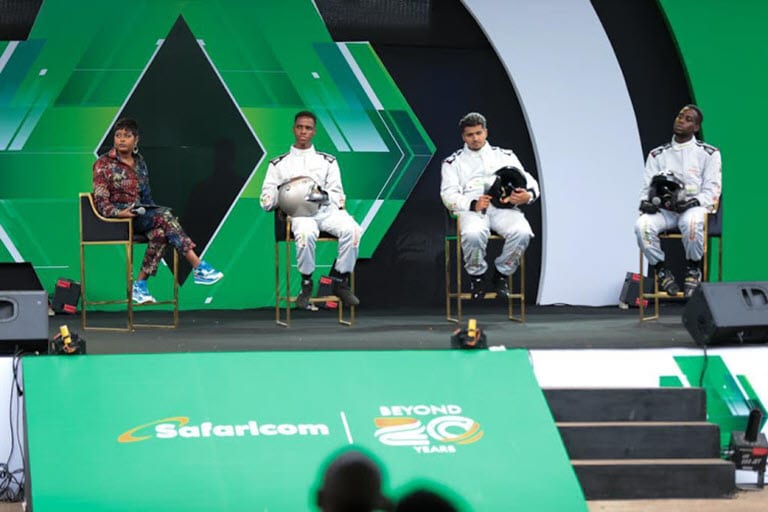 Safaricom has today announced a Sh17.5 million sponsorship for the Safari Rally as the event makes its return to the World Rally Championship (WRC) calendar for the first time in close to two decades.

The sponsorship included Sh15 million which will go towards supporting three young Kenyan drivers selected as part of the FIA Rally Star programme.

This is a global initiative aimed at identifying, training and developing talented young drivers between 17-26 years.

“We have always believed in supporting the youth by giving them a platform to showcase their talent and to excel, whether this is through sports, music or the arts.

“The FIA programme allows us to support the WRC Safari Rally while also pursuing our passion point of empowering youth.

“The 3 young Kenyan drivers we’ll be supporting have the potential to become the next big stars and with the Safari Rally now back on the WRC calendar, they get to showcase their talents on an international stage,” said Peter Ndegwa, CEO, Safaricom

The three Kenyan drivers who have been selected for the FIA Rally star programme include Jeremy Wahome and Hamza Anwar who are both aged 22 as well as 26-year old McRae Mutwiri Kimathi.

“The ultimate objective of FIA Rally Star programme is to develop drivers who have the potential to become future stars of the World Rally Championship by encouraging the emergence of a new generation of drivers and to identify those with the greatest potential to target a professional career,” Said Phineas Kimathi, President of the Kenya Motorsport Federation and CEO WRC Safari Rally.

A total 58 rally drivers including 34 Kenyan racers are set to participate in this year’s Safari Rally which will take place from 24th to 27th June.