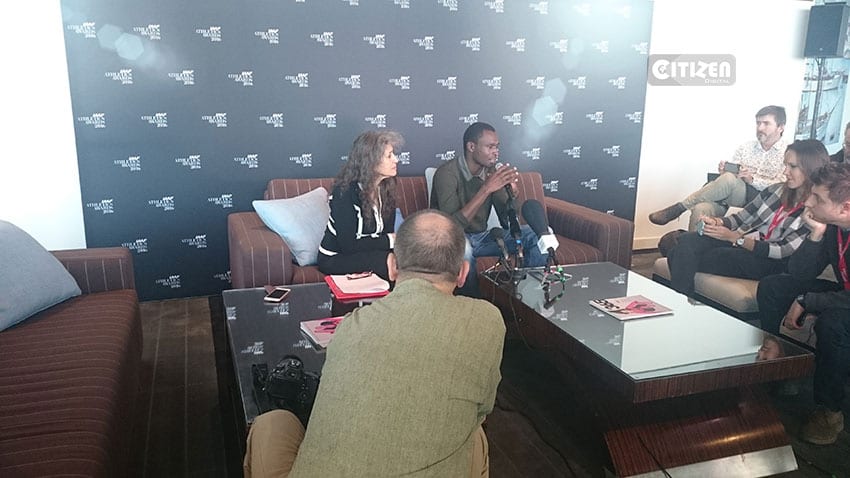 Two-time Olympics men 800m champion, David Rudisha, has broken his silence to condemn the appointment of Stephen arap Soi as Team Kenya Chef-de-Mission for the botched Rio 2016 Games as he recounted of the huge toll the scandal took on the record breaking team.

Rudisha was among the six gold medallists in Brazil as the team added six silver and a bronze to eclipse their previous best performance at the 2008 edition in Beijing despite the untold suffering they were subjected by the officials entrusted with their welfare.

Speaking at an international press conference IAAF Athletics Awards 2016 in Monaco on Thursday, Rudisha who is also the 800m world record holder is hoping the on going investigations and prosecution of those involved in the scam including Soi will open a new page for Kenyan athletics.

The two-time world champion also indicated he will skip Australia next season in preparation for a title defence at London 2017 where he is aiming for his treble at the Worlds next summer.

“Some things being done (to athletes) are deliberate since every year we have the same problems with athletes complaining they are not being treated well. When no changes are made, it appears the administrators in sport in our country are perpetuating these practises.

“I was the team captain of the London 2012 Olympics Games and we had a lot of problems with our facilities where Soi was involved and we complained. If our plight was taken as a matter of importance, then I don’t understand why he was promoted to be the Head of Mission in 2016,” the Daegu 2011 and Beijing 2015 world champion told.

“I decided to step back and keep quiet at the time because I read ill-will because athletes had complained he was not doing his job well but he is rewarded with promotion, then these acts are deliberate with little regard for the athletes,” the 1:40.91 standard bearer in the two-lap race lambasted.

Rudisha was one of the seven athletes who made their own travel arrangements to Brazil following the chaotic planning by Team Kenya handlers that saw the squad carry an excess number of officials in the 175-strong contingent.

“I feel so bad when athletes who bring the country global acclaim are used in a manner to suggest they are not important,” Rudisha who held on to his crown in a world leading 1:42.15 in Brazil added.

Soi had been charged with offenses related to theft of money and kit meant for Team Kenya in Brazil alongside fellow National Olympics Committee-Kenya bosses, Francis Kinyili Paul (Secretary General), Ben Ekumbo (first Vice-chairman) and Pius Ochieng (second Vice-chairman) with the officials out on bail.

During the parliamentary inquiry into London 2012 Games, Soi and Paul were reportedly declared unfit to hold management positions in future national teams to the Olympics but they returned to lead the class of Rio 2016.

The Kenyan middle distance star hailed the election of Ethiopian legend Haile Gebrsellasie as their federation president as a turning point in the push to have more athletes manage the sport moments before the former multiple distance record holder entered the same press conference room with women 10000m Olympics champion, Almaz Ayana.

“Haile winning is great indication that athletes can manage themselves. Seb Coe is the president of the IAAF and he is an athlete meaning we can steer these federations since we have better understanding of the sport.

“Next year, we have our own elections and I believe we shall have a lot of changes,” Rudisha added in reference to the forthcoming Athletics Kenya polls.

Rudisha also declared he was not fazed by the presence of his erstwhile archrival over the last three seasons, Botswana’s Nijel Amos who is training in the self-styled University of Champions in Iten ahead of next season after a nightmare 2016 that saw him crash out of the first round of the 800m competition in Rio.

“I’m happy he is here and it is a good thing because he did not have a consistent season. He is training with the same group as Asbel (Kiprop) because they share the same manager and we are good friends on and off the track where we chat a lot.

“I wish him all the best in training.”

The champion also welcomed the presence of synthetic tracks in Eldoret (Kipchoge Keino Stadium) and Iten (Lornah Kiplagat Sports Academy) for sparing the costs of athletes who were paying and arm and a leg to use the facilities that were only in the capital Nairobi.

“We saw during the Olympics Trials in Eldoret how the stadium was packed since I believe over 80 per cent of Kenyan athletes come from Eldoret. When we did not have those tracks there, we were forced to sometimes cancel training when the weather was bad or incur a lot to travel to Nairobi and most runners cannot afford the costs,” he emphasised.

Despite missing out on the final shortlist for Friday’s Gala Awards in Monte Carlo, Rudisha was upbeat at being among the star-attractions of the glittering IAAF event that returns after being withheld last year when the sport was grappling with a mega doping crisis.

“I’m grateful to be here even though I’m not among those in the running for the award since this is a great occasion to meet the greatest in the sport,” the 2010 World Male Athlete of the Year stressed.

-Mutwiri Mutuota is reporting from Monaco