Rotich sets sights on World relay after lighting up Nyayo 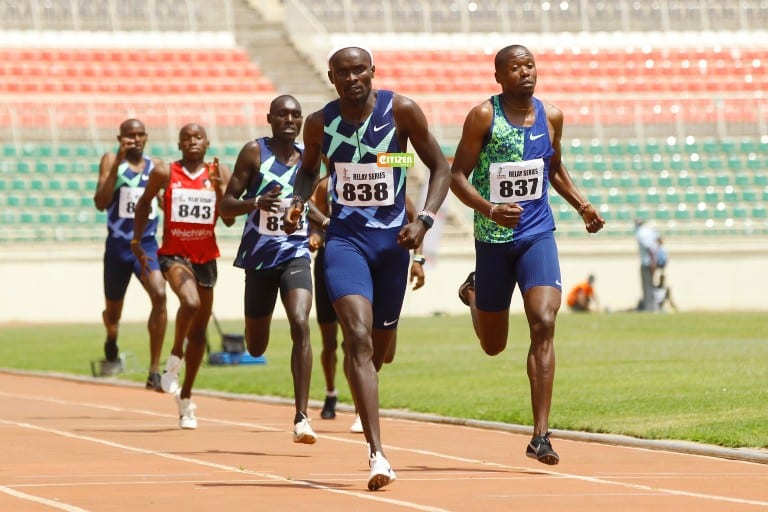 World 800m bronze medallist Ferguson Rotich has set his sights on the World Relay Championships slated for Poland in May after dismantling a strong field in the men’s 800m during the third leg of Athletics Kenya (AK) relays series held on Saturday at the Nyayo Stadium.

With the trials for the World Relay set for March 26-27, Rotich said his focus is to make the cut for the global showpiece.

The Kericho-based athlete was in the Kenyan quartet that bagged gold medal in 4x800m relays at the 2014 World Relays in Bahamas alongside Job Koech, Sammy Kibet and Alfred Kipketer.

“I have been in the World Relay Championships since 2014 where I won a gold medal in 4x800m. In the last edition held in Japan though I was part of the team, I did not compete since I was injured. I am now looking forward to making the team for Poland.”

“This was my first 800m race this season and you could see the field was equally strong and winning today was not easy,” Rotich said.

The 30 year old athlete based in Rongai Athletics Camp said she was using the race in her build up towards the Tokyo Olympics.

“I am not shifting to 800m, I am still in contention for the Olympics in 1500m but today I was working on my speed work. My focus now is the upcoming Diamond League meetings,” she said.

Maximilla Imali ran the show in the women’s 200m winning the first heat in 24.54 as Monica Safania stormed to victory in the second heat in 25.22. Evangeline Makena clocked 25.25 to win the third heat.

After Saturday’s meet, athletes will now shift focus to the trials which will culminate in the selection of Kenyan team for the global extravaganza slated for May 1-2 in Silesia, Poland.