Review: The week that was in La Liga 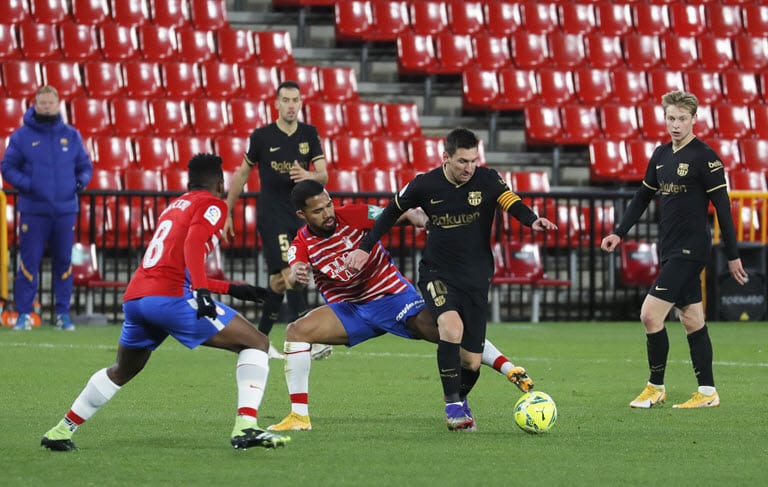 With many LaLiga Santander matches played over the past week, in addition to a round of Copa del Rey action, the clubs of Spain’s top division are back into the swing of things. Here is a round-up of the main storylines from this busy week.

Aspas wins the Player of the Month award

The December Player of the Month award in LaLiga Santander has gone to RC Celta’s Iago Aspas, with the forward scoring four times as his side went unbeaten across their five December fixtures. This is the fourth time that the club icon has claimed this award, after also doing so in October 2016, November 2017 and April 2019.

Julen Lopetegui has been a huge success at Sevilla, winning the Europa League in his first season and guiding the Andalusian side into the Champions League knockouts in his second. Sevilla have decided to reward the Basque tactician with a new deal which runs until 2024.

After spending the first half of this season on loan at Villarreal, Takefusa Kubo will now play for Getafe for the remainder of 2020/21. The Japanese rising star has been loaned out to the Azulones by fellow capital city side Real Madrid and will look to continue his development at the Coliseum Alfonso Pérez.

It’s not just Kubo that Getafe have welcomed in this week. Carles Aleña will also form part of José Bordalás’ squad over the second half of this season, with the La Masia graduate having joined on loan from Barcelona.

Postponements due to wild weather

There weren’t as many LaLiga Santander fixtures as usual over the past weekend, as Storm Filomena impacted Spanish football. The league’s groundskeepers worked incredibly hard to ensure as many matches as possible could take place, but Atlético de Madrid vs Athletic Club had to be postponed due to disruption at Madrid airport, while Elche vs Getafe was similarly pushed back one day.

Youssef En-Nesyri is in excellent form and he showed it this past weekend with his hat-trick in Sevilla’s 3-2 victory over Real Sociedad. It was a wild game as the Moroccan netted two goals inside the first seven minutes, before adding his third in the very first minute of the second half. It’s his first hat-trick for Sevilla.

Barcelona are up into third place in LaLiga Santander, behind Atlético de Madrid and Real Madrid. Their most recent win was a 4-0 victory away at Granada, with Lionel Messi and Antoine Griezmann each scoring two. Messi netted a direct freekick in the match, his first since July of last year.

French midfielder Étienne Capoue made his LaLiga Santander debut on Friday night, doing so in Villarreal’s 4-0 win away at in-form Celta. Signed from Watford to help cover for the long-term injury to Vicente Iborra, the 32-year-old made an impact in the middle of the pitch as his side scored all four of their goals in the opening half hour.