Players in ‘bubble’ as Australian Open continues without fans 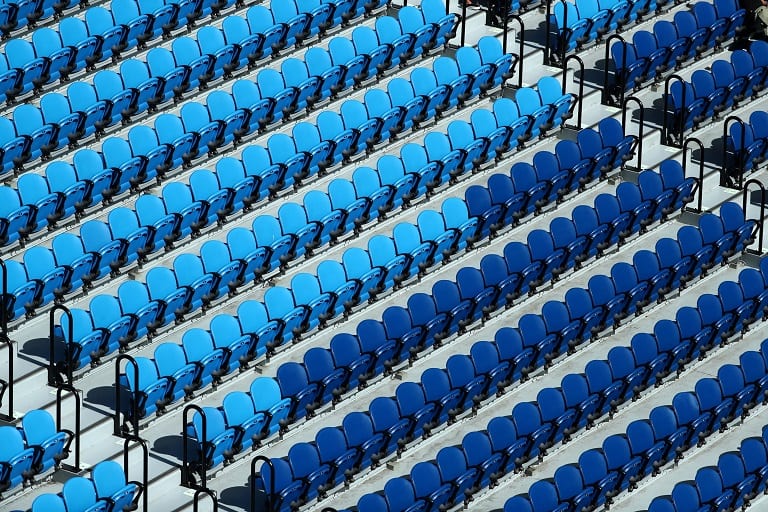 The Australian Open tennis tournament will proceed without crowds over the next five days after the state of Victoria was placed under a snap lockdown from midnight on Friday to contain a fresh outbreak of COVID-19.

Australian Open tournament director Craig Tiley said the tournament would continue with crowds for the rest of Friday but fans would be excluded from Saturday.

The players will enter a biosecure “bubble” from Saturday morning similar to ones that have operated at tournaments around the world for much of the last 12 months.

“They’ve been doing this all year,” Tiley told reporters at Melbourne Park.

“The last five days have been a unique experience for them and the next five will be back to what they know.”

Fans who had already bought tickets will get a refund and Friday’s night session would still be open, despite Andrews encouraging all Victorians to stay at home.

“It’s entirely up to our fans to make their choice,” said Tiley. “They’ll be coming to a COVID safe environment … but they will get a refund if they are not comfortable coming.”

Andrews earlier said the Australian Open would be treated like any other professional sporting event in the state until the lockdown ended on Wednesday night.

“Large and small professional sport events … will function essentially as a workplace but they will not function as an entertainment event, because there will be no crowds,” he said.

Serena Williams, who was out on court winning her third round match when the announcement was made, said she would miss the fans.

“It’s not ideal,” the 23-times Grand Slam champion said. “It’s been really fun to have the crowd back, especially here. But, you know what, at the end of the day we have to do what’s best. Hopefully it will be all right.”

Melbourne endured a strict 112-day lockdown last year when it brought cases down from over 700 a day to zero, and authorities are sensitive to even small outbreaks.

The tournament, one of the sport’s four Grand Slams, was delayed by three weeks and only went ahead after more than a 1,000 players and support staff underwent 14 days of quarantine.

One day’s play in the warm-up tournaments at Melbourne Park was called off last week after a worker at one of the tennis quarantine hotels tested positive for COVID-19. All the players underwent testing and were cleared of infection.

Crowds at Melbourne Park were capped at 30,000 per day at the start of the tournament – around 50% of the usual attendance – but only 21,000 came through the gates on Thursday.

Organisers would have been hoping for bumper crowds at the weekend and Tiley conceded that there would be a further financial impact from lost ticket sales.

“We’ve always said the number one priority was the safety of the community and our guests,” he added.