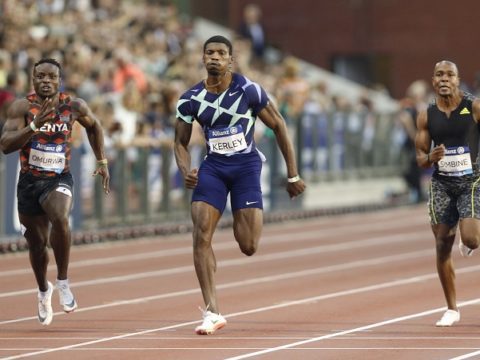 National 100m record holder Ferdinand Omanyala is set to battle it out with two-time world champion Justin Gatlin over the 100m race at this year’s Kip Keino Classic Continental Tour set for September 18.

The 2015 world bronze medallist Trayvon Bromell also of USA who has a world leading time of 9.77 seconds is also in a star-studded line up in the event that will be held in Kasarani Stadium.

Omanyala has been in sublime form this year having reached the semi-final stage at the Tokyo Olympics and later becoming the first Kenyan to run 100m in under-10 seconds when he set a new national record of 9.86 seconds last month.

The 25-year-old made his debut at the Diamond League series in Brussels last week where he placed fourth in 10.02 seconds.

Prior to the Kipkeino Classic, Omanyala is set to compete at the Memorial Borisa Hanžekovića race, another Continental Tour Gold meeting slated for September 13-14 in Zagreb, Croatia.