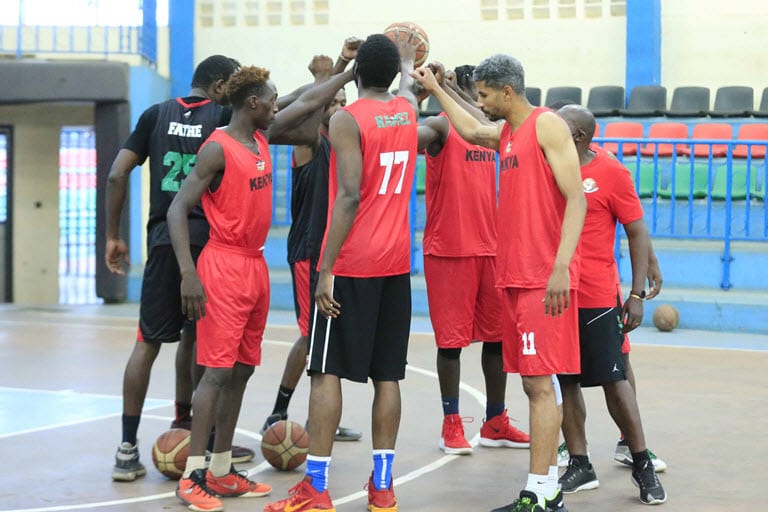 Kenya Morans star Ariel Okall has Urged the Kenya Basketball Federation (KBF) to speed up plans for a resumption of its leagues in order to ensure players are in shape for the upcoming international assignments.

The women’s national team is preparing for the FIBA Women’s AfroBasket Zone Five Qualifiers that begin next month in Cairo, Egypt before getting a shot at the FIBA AfroBasket women championship.

A more daunting task awaits the men’s team who are set for a return to AfroBasket Championships after a 28-year hiatus.

“I have read that football is back into business, I have not had about the basketball league resumption but it will be good to see them back in the courts because of the upcoming FIBA Women Afro basket qualifiers and the Men’s Afro basket.” Said Okall.

The KBF competitions secretary, Joseph Amoko has said this year’s national league could spill over to 2022 and that they are waiting for the Ministry of Sports to announce the return-to-sports roadmap before releasing updated fixtures.

But Okall says it has to be hastened because it holds much importance.

The former KPA forward recently signed for Kampala International University(KIU) Titans in the 2021 National Basketball League of Uganda (NBL) from Al-Bashaer Basketball Club after suspension of sports in Oman due to the coronavirus pandemic.