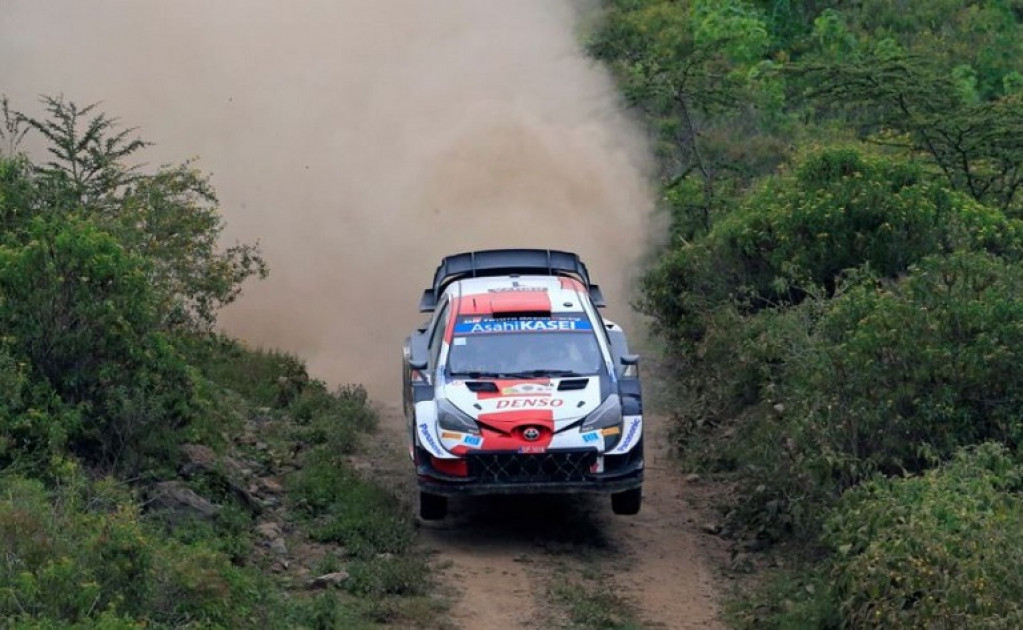 Sebastien Ogier took the lead after Thursday's opening special as he looks to win a second straight Safari Rally, while championship leader Kalle Rovanpera suffered a puncture in Kenya.

Ogier showed experience is never a bad thing to have especially in the Safari Rally as he kicked off his title defense with a fine performance securing the overnight lead ahead of Hyundai duo Thierry Neuville and Ott Tanak.

Ogier, winner in 2021 when the race returned to the WRC following a 19-year absence, faced off against Ford's Sebastien Loeb in the 4.84km two-at-a-time first special on the edge of the capital.

The two Frenchmen have a total of 17 world titles between them over the last 18 years but are now both semi-retired.

"I came back for the people," said Toyota driver Ogier. "It's very colourful here and the people in this country give us amazing support.

"The challenge is going to be big. It's not the kind of rally I usually love because it's going to be really rough, but we will try to survive it."

Belgian Thierry Neuville, who is second in the standings, finished the stage 0.6 seconds behind Ogier in second place.

Loeb was fifth fastest on the day at 1.8sec.

Rovanpera spun off and finished in 11th place, 11.6 seconds behind Ogier.

"It's a shame. But fortunately it's a long rally," said the 21-year-old Finn who currently has a 55-point lead in the championship over Neuville after five races.

The rally continues on Friday with six stages, totalling 124km, around Lake Naivasha.