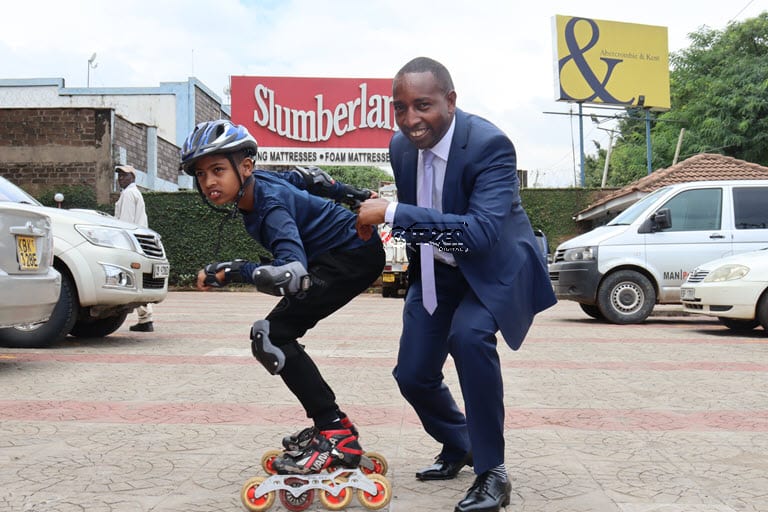 The National Olympic Committee of Kenya is leaving nothing to chance as they step up preparations towards the 2022 Youth Olympics to be held in Dakar, Senegal.

On Monday, NOCK rolled out an elite training camp for youngsters aged 13-15 who are prospects for the Games set to be held in African soil for the first time.

The camp that is set to open Wednesday at Lukenya will involve athletes from 13 federations that will represent Kenya in Dakar including; athletics, badminton, Basketball 3-on-3, cycling, handball, hockey five aside, Judo, rugby seven aside, taekwondo, tennis, triathlon, volleyball and wrestling.

According to NOCK acting Secretary General Francis Mutuku, the program that is fully funded by Olympic body is aimed at preparing the athletes adequately for the upcoming Summer Youth Games.

“We liaised with the respective federations to come up with this program where we intend to begin early preparations for the Youth Olympics. We are now beginning this month and we expect that every holiday the athletes can engage in a two or three-week training with their respective coaches,” said Mutuku.

Mutuku said they are working closely with the Youth Commission with their main aim being to prepare the athletes in the aspect of strength and conditioning as they look to cement a strong foundation for the 2024 and 2028 Olympic Games.

“Youth Olympics is the first entry point to the Olympic Games and for us, we view Dakar as our door for all our prospective Kenyan athletes who will take part in the 2024 and 2028 Olympic Games and that is why we have brought them early enough,” said Mutuku.

Kenya bagged a total of four medals (three gold and a silver) at the 2018 Games held in Buenos Aires, Argentina.

In the program aimed at nurturing young winter athletes, the trio who are aged between 12-15 and tactician Asa Nyariki will take part in the 12-day event slated for January 6-18 in PyeongChang, Korea.

The program is also major boost as Kenya seeks to venture into the Winter Games with Sabrina Simader being the only Kenya that took part at the 2018 Winter Olympic Games.