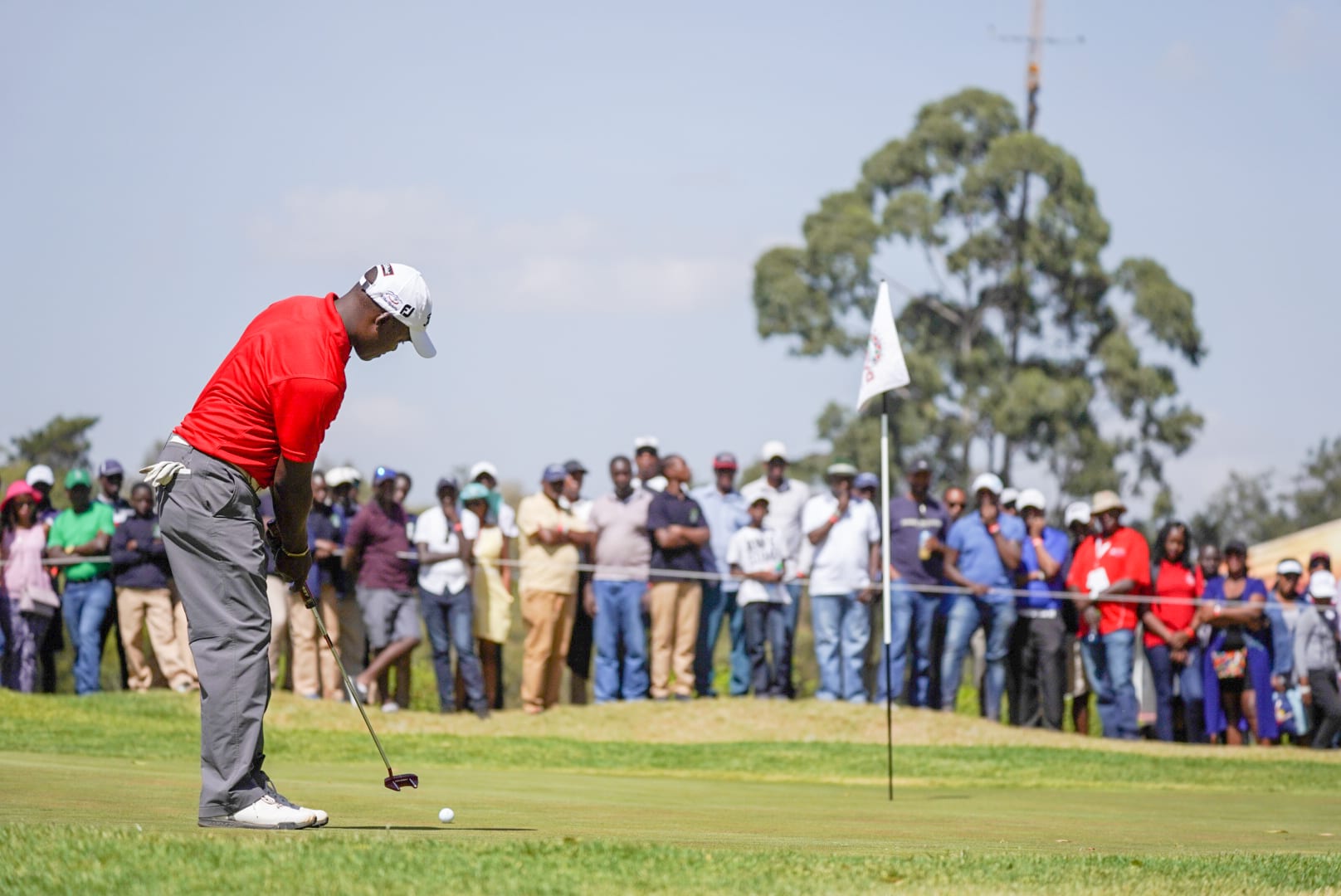 The remaining two Kenyans at the 2019 Magical Kenya Open Golf Championship, Simon Ngige and Justus Madoya, continued with their steady streak to avoid the second cut and proceed to the fourth and final round of the tournament.

Simon had the best outing of the day among the two, returning a round of 70 to take his total for tourney to 3-under par 210; leaving him tied a decent 22nd alongside, among others, the victorious 2018 Ryder Cup captain, Thomas Bjorn and 2015 Kenya Open Golf Championship winner, Hadyn Porteous.

On the back nine, he holed his third par-5, 11th birdie of the tournament before following it up with an eagle at the par-5, 12th. He dropped a shot at the par-3, 14th but quickly made amends for it with consecutive birdies at the par-3, 16th and the par-4, 17th. It is on the 18th green that he found trouble; his second shot landing into the right bunker, leaving him struggling. He eventually settled for a triple bogey to card a back nine total of 35.

Ngige, who has made the cut only twice before at the Kenya Open Golf Championship, said:“My first goal was to make birdie at the first hole as I haven’t managed to do so all tournament. I managed to do so, and that gave me the focus and momentum I needed for the day. I was playing well today and only really struggled at the last hole where I got a triple bogey. But that is golf, and we shall go again tomorrow and try and get the best from the round.”

Speaking after the round, Madoya said:“It has been a good day and I thought I would go for something like five-under par, but I missed a number of putts that cost me. To prepare for tomorrow, I am headed for the practice green to perfect my putting ahead of tomorrow.”

“The course was in great shape, and it was not as windy as it has previously been. I  therefore cannot complain about the course and weather conditions. They were okay”

Madoya tees off for the final round tomorrow at 7:56am while Ngige tees-off at 10:57am