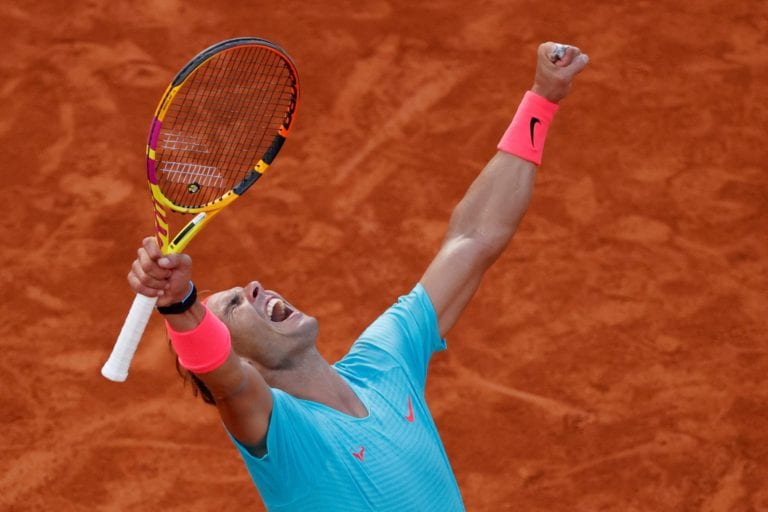 Novak Djokovic faces claycourt king Rafael Nadal in a dream French Open final on Sunday with more at stake for the world’s two top-ranked players than another Grand Slam title.

In one of the sport’s greatest rivalries, Djokovic and Nadal have clashed 55 times with the Serbian leading 29-26.

But when it comes to clay, there has never been anybody better than 12-times Roland Garros champion Nadal, who has defeated Djokovic in six of their seven clashes at the French major, including the 2012 and 2014 finals.

Djokovic, however, won their last meeting at the French Open in 2015 when he beat the Spaniard in the quarter-finals, something he said gives him hope for Sunday’s showdown.

The winner in Paris will also nudge ahead in their duel in Grand Slam finals contested between the pair, with Djokovic and Nadal having each won four times.

Also on the line will be the battle to be considered as the ‘Greatest of All Time’.

Djokovic was expected to arrive in Paris with 18 Grand Slams under his belt by winning last month’s U.S. Open in New York, which Nadal skipped due to concerns over the COVID-19 pandemic.

But the 33-year-old was disqualified in his fourth-round match at Flushing Meadows when he inadvertently hit a line judge with the ball.

Nadal is one behind Roger Federer’s haul of 20 majors and a 13th French Open title on Sunday would therefore bring him level with the Swiss, leaving Djokovic three adrift.

“… whoever wins it will be interesting for tennis. No matter what happens on Sunday tennis is going to win with Novak and Rafa playing in the final.

“I think this is the perfect scenario for this Roland Garros final – after this year, we needed this kind of match. I am enthusiastic about the final.”

Nadal, 34, complained about the cold weather at the rescheduled French Open, which is usually held in May-June, the new balls being used for this edition and the late finishes.

But the unusual conditions have had little impact on his performances since the Spaniard has not dropped a set in his six victories at this year’s edition.

No player has beaten Djokovic this year, with the default loss in New York his only blemish, but the Serb displayed incredible mental strength and determination to win the Rome Masters following his U.S. Open debacle.

Another win on Sunday will make Djokovic the first man in the Open era to win every Grand Slam tournament at least twice.

“Both of them know it’s an unbelievable moment to make history,” Corretja added. “I think we’re going to see a lot of nerves because they know they’re playing for something really special.”

Greek Stefanos Tsitsipas, who lost in five sets to Djokovic in the semi-finals, said the Serbian’s game is almost perfect.

“Novak is at times, not human,” Eurosport expert Evert said. “I look at Nadal and see a warrior, fighting for everything, he’s going to leave blood on the court.

“I look at Djokovic and I see more of a robot but in a good sense. The mental part of his game is a level ahead of everyone else, it’s awesome. His game is flawless… he’s like a wall, it’s hard to get through a wall.”