The national women’s volleyball team have received round after round of congratulatory messages for their immense performance at the Women’s African Nations Volleyball Championship in Cairo where they finished second.

Kenya went down fighting 3-2 to Cameroon in a roller-coaster final that, in all honesty, could have gone either way yet our Malkia Strikers deserve so much credit for their incredible fight.

The amount of investment that other countries that call Kenya their volleyball peers have poured into developing the sport shamefully pales in comparison to what the Kenyan Government is doing for Malkia Strikers, if any.

Malkia Strikers have been disgracefully overlooked in terms of government support but relentlessly continue to fly the Kenyan flag high at international competitions with a record nine African titles under their belt.

The Sports Cabinet Secretary Amina Mohammed was ‘very active’ Twitter congratulating Malkia Strikers but alas! It was good but these queens needed more from her and the government!

For Amina twitter was the only reward available for Malkia Strikers-one of the most successful teams in Africa that has won four All African Games title and FIVB World Grand Prix in 2015 but government has shown them nothing close to love despite this unmatched success.

When the team was departing for Cairo no senior government official was present to hand over the flag to them. Not President Uhuru Kenyatta, his Deputy William Ruto or even Amina Mohammed. In fact the team jetted out ‘quietly’!

Again during the five-day event no government official visited the team in Cairo unlike when Harambee Stars was participating in Africa Cup of Nations where we saw even politicians travelling all the way to support the team. I’m not against that but we could have seen the same to Malkia.

In March 10 during the Beyond Zero Half Marathon held at the refurbished Nyayo National Stadium in Nairobi, President Kenyatta assured athletes that the government would fund all national teams through Sports Fund but contrary to that Malkia Strikers left the country without any coin from government with Kenya Volleyball Federation (KVF) forced to use its own coffers.

Harambee Stars, prior to the similar assignment held in the same city of Cairo, benefitted fully from the government getting Sh240 million to be precise but this did not happen and has never happened even when Malkia Strikers were representing the country at the African Games, Africa Cup of Nations, World Cup and even the Olympics.

In fact, the government still owes them monies from their triumphant trip to Uganda for the African Games qualifiers last month where they clinched the sole Zone V ticket ahead of the August championship.

Malkia’s preparations ahead of the competition was also very poor compared to Cameroon who camped in Europe for over a month with the former camping at Kasarani with no build up matches.

With the Africa fiesta now in the backburner, the Kenyan queens are scheduled to fly out again for Olympic Games qualifiers which will be played in Italy from August 2-4 where they are scheduled to face World Championships runners up Italy then Netherlands and Belgium.

The team will be eyeing to return to Olympics tourney set for Japan next year after a 15-year drought, with their last outing dating back to 2004 where they finished at position 11, similar to the previous and first outing in 2000.

Immediately after Italy assignment, Malkia will head to Morocco to defend their 2015 All African Games title from August 16 -30. 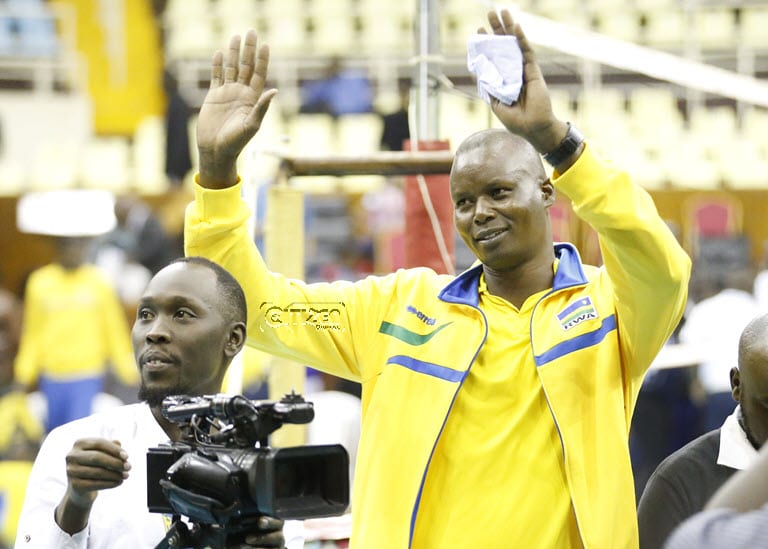 As volleyball fanatics, we are waiting to see whether the team will get the millions from the government ahead of the two assignments or the abracadabra will play out again.

They say football is a game of numbers and politics is a game of masses and other sports federations are watching keenly punching holes on governments pledge to support all national teams and soon this will bring division between the government and other federations who feel neglected.

Malkia Strikers is the only national team in Kenya which has been consistent over a decade hence it deserves respect!

With now Paul Bitok having rejected Rwanda’s Sports Ministry plea to extend his stay in the tiny East Africa nation, KVF should move with speed and bring on board the celebrated coach to the technical bench to turn Malkia’s fortunes around.

Bitok had an illustrious ten-year coaching career with Rwandan national teams, being at the helm for the last decade, helping them to rise and become one of the best in Africa across all surfaces and KVF should incorporate the ‘prodigal son’ onto their roaster before any other country comes calling for his signature.

In his reflection about Kenyan volleyball in May after eliminating his mother land out of the All African Games qualifiers held at the Kasarani Indoor Arena, the tactician who has previously coached the national women’s team questioned the growth of the game since he left the country in 2010.

“In my opinion, the game in Kenya needs some new techniques because of late we have stagnated and we must recover our slowly fading glory,” he said.

We cannot forget the fact that the former KCB player was the first Kenyan male player to play professional volleyball outside the country when he signed with Tunisia side Etiole Sportiff in 1998.