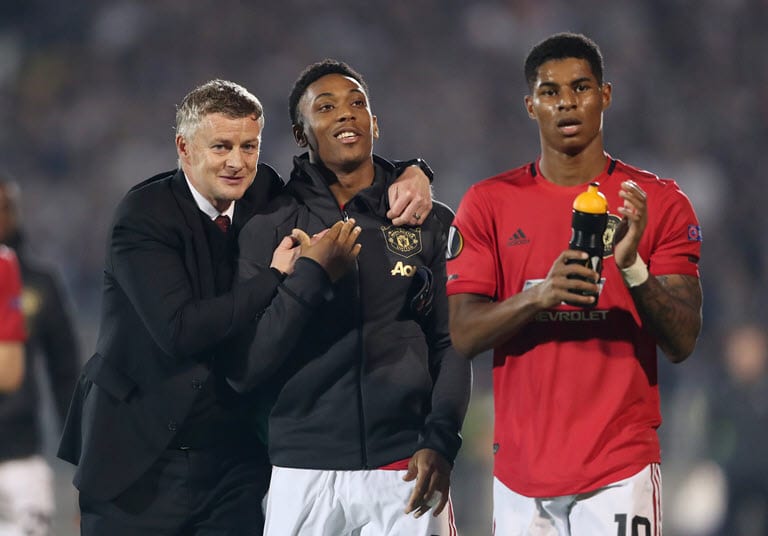 Ole Gunnar Solskjaer hopes Manchester United can stop Norwich on Sunday but says they will need to be at their best “to have a chance”.

United are only three points ahead of Norwich, who sit second-bottom of the Premier League after nine games.

Norwich have already beaten champions Manchester City at Carrow Road this season and Solskjaer is anticipating a tough battle on Sunday.

“I hope we are going to stop them because it’s always going to be difficult down at Carrow Road,” said Solskjaer.

“When I watched their first game [in the Premier League] against Liverpool I saw a team with lots of courage. They were brave, they played their own way and kept going.

“That has given them some great results – they beat Newcastle, they beat Manchester City – and they’re a team with a clear philosophy.

“We are ready for it now, we’ve been to Belgrade here and got some players back. I managed to take off Aaron Wan-Bissaka and Anthony Martial off after 60 minutes because they’ve been out for a long time.

“So hopefully we’ll have a fresh team because we’ll need to be at our best to have a chance.”

Solskjaer has opted to field a back three in United’s last two games against Liverpool and Red Star Belgrade.

The United boss admits it was never his plan going into the season but says he has been pleased with the displays since the system reshuffle.

“The injuries put us into a position where the performances didn’t come,” said Solskjaer.

“We had fit centre-backs, quality centre-backs and it just made it easier to go to a back-three against Liverpool and again on Thursday.

“Jesse Lingard can play in that three in midfield and we’ve got players who have played in the formation. For example, Sergio Romero and Marcos Rojo have played a World Cup final in a back-three [for Argentina]. Phil Jones and Harry Maguire were involved in a back-three in a semi-final.

“Injuries have made us go into this position but it’s working quite well.”

Anthony Martial started his first game since August on Thursday night, scoring a penalty as United won 1-0 at Red Star Belgrade in the Europa League.