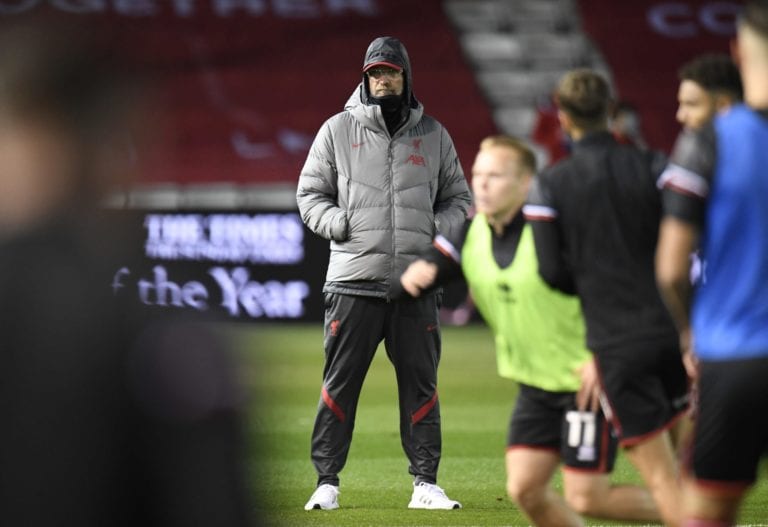 Juergen Klopp pressed midfielder Fabinho into action as an emergency centre back in the absence of Virgil van Dijk and Joel Matip on Wednesday and the Liverpool manager was not in the least surprised that the Brazilian slotted in seamlessly.

Fabinho coped with everything the Dutch side could throw at him, making a superb clearance off the line before halftime to deny Dusan Tadic and helping Liverpool to a 1-0 Champions League victory.

“Was there pressure on the situation? Yes, it’s clear for the two in the back, 100%… Fabinho can play the position, he likes playing it,” Klopp told reporters.

“I’m not surprised he plays well in the position otherwise we would have thought about a different solution, even when that would have been properly tricky. I’m really pleased for him … it gave him confidence, for sure helped us.

“If I would have asked him to play right back I don’t think he’d enjoy it as much as he’s enjoying the centre half position. In our situation … we have to keep those boys fit and then they can of course help us a lot.”

Liverpool will have to get used to playing with centre back Van Dijk, who suffered a serious knee injury following a wild tackle from Everton goalkeeper Jordan Pickford on Saturday.

“I think both teams can play better football, it was pretty wild at moments,” Klopp told BT Sport.

“Three days ago it looked completely different … in training too but it was the same for Ajax.”

Liverpool face Sheffield United in the Premier League on Saturday.