Leopards in transfer row with Nkana, Etoile over signings 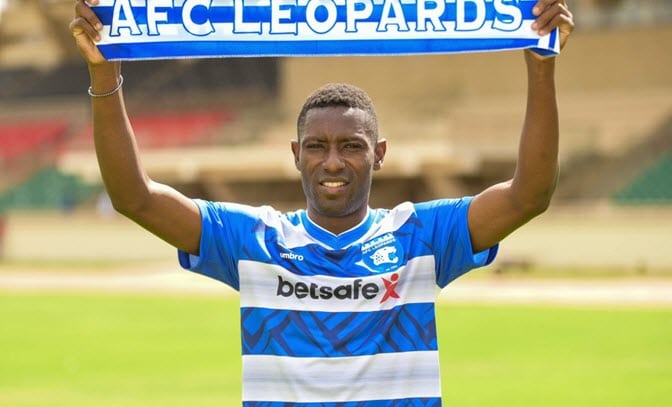 A row has erupted between Kenyan league giants AFC Leopards, Zambian side Nkana FC and Tunisian top-tier side Etoile Sportif Du Sahel over the transfers of Duncan Otieno and striker Bienvenue Shaka.

Otieno and Shaka joined Ingwe from Nkana and Sahel respectively but the two clubs have refused to furnish the players with their release letters to complete the Leopards move opening a battle frontier.

Nkana are adamant Otieno is still their player while Etoile suggests that Shaka has his loan spell still running with an unnamed club.

On his part, Leopards chairman Dan Shikanda has rubbished the claims noting that Otieno’s contract has already expired while he works on the Shaka issue, as they await an answer from FIFA.

“There are concerns over the signing of Danco (Duncan Otieno) and Shaka but we have written to Nkana and Etoile.

We wait for an answer from the two clubs through FIFA to know whether we will have the players,” Shikanda said.

Shaka and Otieno have both signed two-year contracts with Ingwe with the duo expected to feature regularly for the Tomas Trucha coached side in the FKF Premier League new season which begins on Nov 20.

These plans could however be thrown into the backburner should Ingwe fail to secure release letters for the duo.

“Nkana claim that they want to renew Otieno’s contract but that is a matter that should be mutually agreed upon between a club and a player of which a player must be willing before a contract is renewed,” the former Leopards and Gor Mahia player submitted, adding: “Etoile claim that Shaka has not completed his loan spell with a certain club yet as far as we are understand, his contract has already expired and he should now be our player.”

Otieno who was unveiled on Nov 1 will don shirt no 26 while the Burundian born Shaka settles on shirt no 13 should the stalemate be sorted out.