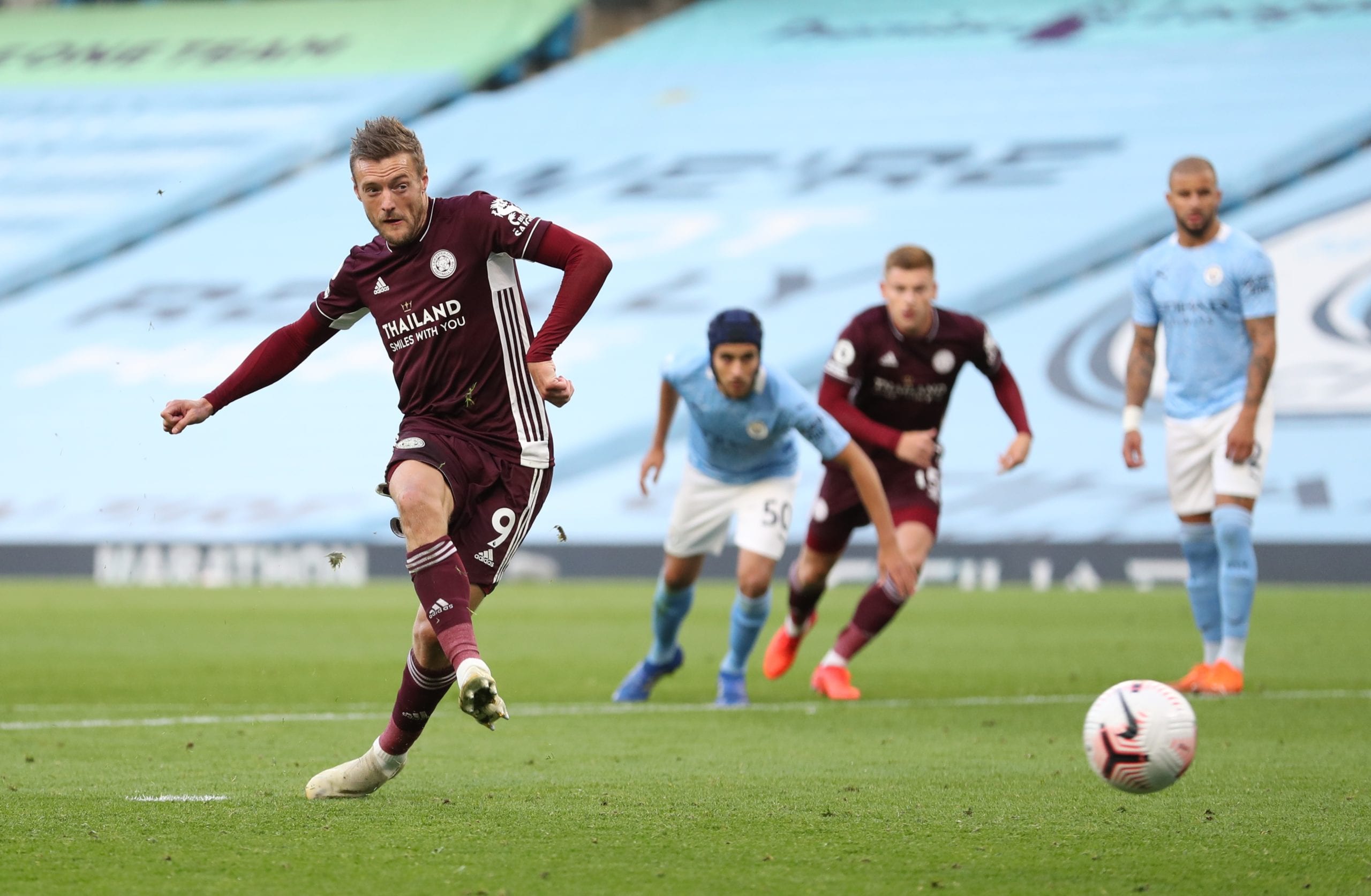 Jamie Vardy scored a hat-trick as Leicester City inflicted a remarkable defeat on Manchester City to go top of the Premier League.

Despite going behind to a superb fourth-minute strike by former Foxes midfielder Riyad Mahrez, the visitors responded in stunning fashion.

Vardy levelled with a penalty before the break after he had been fouled by Kyle Walker, and he then sealed his second treble against Pep Guardiola’s side from the spot, after he had cleverly turned home Timothy Castagne’s cross to make it 2-1.

James Maddison scored for the first time since 1 January when he curled home a stunning fourth for Leicester.

And although Nathan Ake pulled one back with his first goal since a £40m summer move from Bournemouth, a third Leicester penalty – this time converted by Youri Tielemans because Vardy had already gone off – completed a memorable afternoon for Brendan Rodgers’ Foxes, who have started a top-flight season with three successive wins for the first time.

In contrast, Guardiola was suffering his worst home defeat as City boss, with his team now in the bottom half of the table.

For most of the opening period, the possibility of Leicester returning to the top of the table appeared remote.

But with Vardy they always have a chance. Even at the age of 33, the striker remains frighteningly fast.

Walker is no slouch but the England right-back was panicked into making a rash challenge when the Leicester forward got ahead of him inside the box. Vardy’s powerful spot-kick gave Ederson no chance of keeping it out.

His second penalty was equally emphatic after another City defender, Eric Garcia, had got himself into the wrong position as he tried to challenge Vardy.

In between, Vardy tucked home a poacher’s effort Leicester’s most celebrated old boy, Gary Lineker, would have been proud of. The supplier was Castagne, who is turning into a very astute purchase, given how willing the Belgian is to push forward from his right-back role as manager Rodgers demands.

Maddison’s return adds the dimension the Foxes lacked so badly as their 2019-20 season petered out into a relatively disappointing fifth-place finish.

The only sour note for the visitors were injuries to midfielder Dennis Praet and defender Jonny Evans.

The latter in particular may prompt some hard thinking among the Leicester hierarchy, given they had a £30m bid for Burnley centre-back James Tarkowski turned down on Friday.