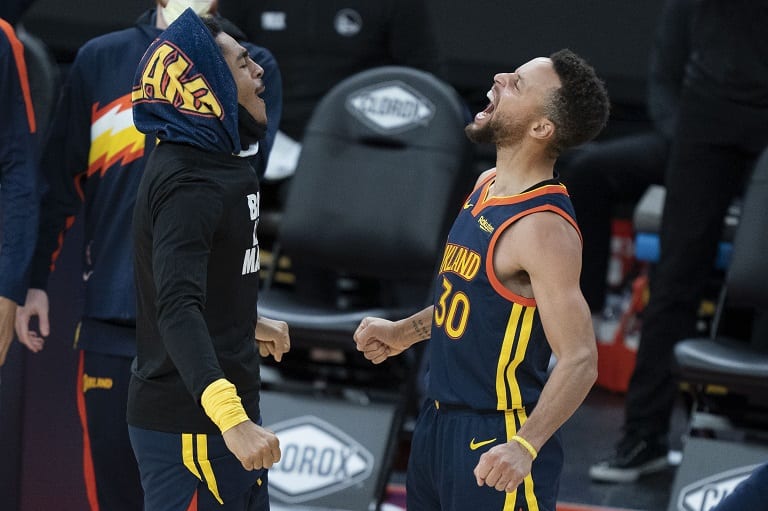 LeBron James scored a season-high 46 points, including 21 in the fourth quarter, to lift the visiting Los Angeles Lakers to a 115-108 win against the Cleveland Cavaliers on Monday night.

James scored 13 points in the final 4:41 to help the Lakers pull away and improve to 10-0 on the road this season. Anthony Davis had 17 points and 10 rebounds for the Lakers, and Montrezl Harrell scored 15 off the bench.

Andre Drummond had 25 points and 17 rebounds, Cedi Osman scored 20 points and Collin Sexton finished with 17 for the Cavaliers.

James shot 19 of 26 from the field, including 7 of 11 from 3-point distance, and added eight rebounds and six assists. It was his second game back in Cleveland since leaving the Cavaliers for the second time. 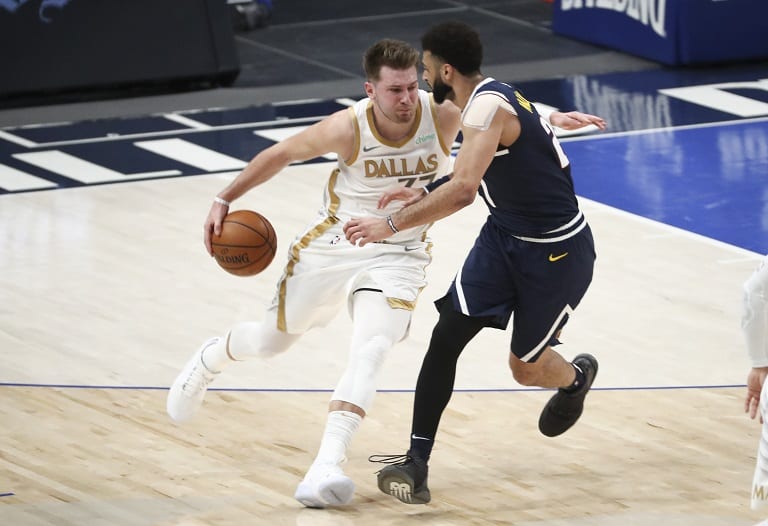 JaMychal Green had 17 points and eight rebounds while Jamal Murray scored 16 before being ejected for Denver, which has won the first three games of a five-game road trip.

Curry shot 11-for-21 overall and 7-for-12 on 3-point attempts en route to his fifth game this season with 35 or more points. Wiggins complemented his 23 points with six rebounds, three steals and three blocks for the Warriors.

The game pitted the top picks of last year’s draft, with No. 1 selection Anthony Edwards of the Timberwolves and No. 2 pick James Wiseman of the Warriors playing on near-even terms. Edwards finished with 15 points while Wiseman, demoted from the starting lineup Monday, had 13. 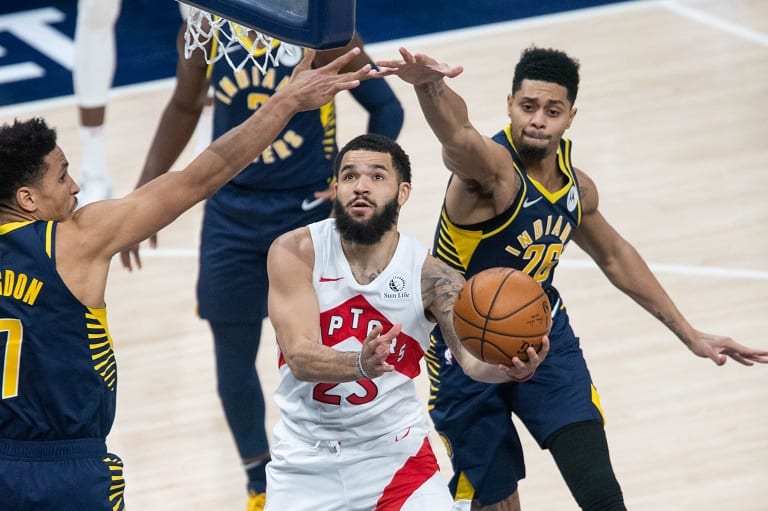 Malcolm Brogdon scored 19 of his career-high 36 points in the second half and added nine assists as Indiana defeated Toronto at Indianapolis.

Indiana’s Domantas Sabonis scored 11 points before leaving with a knee contusion at the end of the first quarter after going knee-on-knee with Toronto’s Kyle Lowry. He did not return. Jeremy Lamb added 22 points off the bench for the Pacers. Myles Turner had 21 points and grabbed 10 rebounds.

Fred VanVleet led the Raptors with 25 points. Norman Powell, starting with Pascal Siakam (left knee swelling) out for the second straight game, added 24 points for Toronto. Lowry, returning after missing two games with an infected toe, scored 12 points before being ejected in the final minute.

Mike Muscala made a career-best six 3-pointers and scored a season-high 23 points to help Oklahoma City post a victory at Portland.

Shai Gilgeous-Alexander scored a team-high 24 points and added nine rebounds and six assists as the Thunder improved to 1-3 on a five-game road trip. Darius Bazley had 19 points and seven rebounds and Isaiah Roby scored 16 points for Oklahoma City.

Vucevic, who reached the 10,000-point career mark a night earlier, shot 11 of 23 from the field, including four of his seven 3-point shots. He also hauled in 12 rebounds. Cole Anthony added 21 points with four 3-point baskets, Evan Fournier had 19 points and Dwayne Bacon had 15 points for Orlando.

Gordon Hayward and Terry Rozier had 24 points each for the Hornets. Devonte’ Graham added 21 points as Charlotte lost for the fifth time in its past six games.

James Harden scored 10 of his 20 points in the fourth quarter as Brooklyn pulled away in the final minutes for a victory over Miami in New York.

Jaylen Brown scored 26 points and Jayson Tatum added 24 points in his return to the lineup from the NBA’s COVID-19 protocol as Boston opened a stretch of playing seven of eight on the road with a win at Chicago.

Zach LaVine had a game-high 30 points on 11-for-19 shooting as the Bulls fell to 0-2 on their five-game homestand. Chicago committed 19 turnovers that led to 35 Boston points.

Delon Wright poured in a career-high 28 points and host Detroit snapped a four-game losing streak with a win over Philadelphia. Wright, whose previous career best was 26 points in 2019, added nine assists and seven rebounds.

Tobias Harris’ 25 points and seven rebounds led the Sixers, and Tyrese Maxey had 17 points. Philadelphia star Joel Embiid did not play due to back soreness. He had 33 points and 14 rebounds in his team’s 114-110 win over the Pistons on Saturday.