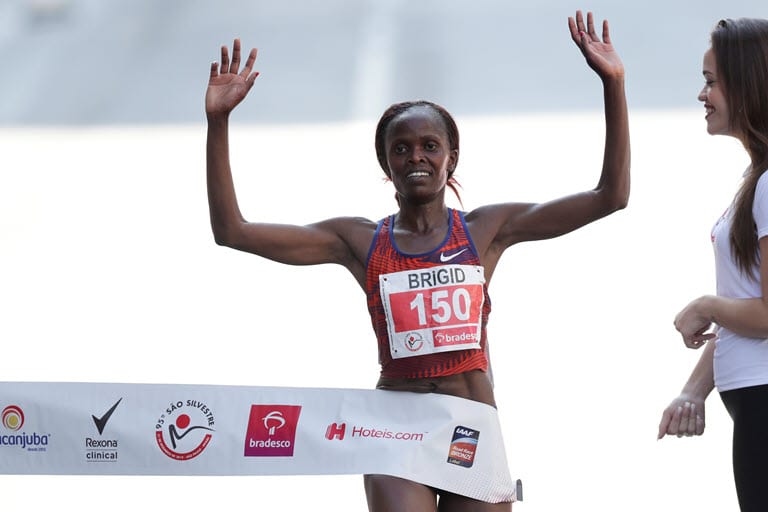 World marathon record-holder Brigid Kosgei is the standout name in the women’s field for the Ras Al Khaimah Half Marathon, while 11 men with sub-60-minute PBs will line up for the road race on February 21.

Kosgei, who broke the world marathon record (pending ratification) with her stunning 2:14:04 run in Chicago last year, will return to the UAE after finishing seventh at the 2018 edition of the race.

“I am really excited to come back to the Ras Al Khaimah Half Marathon after two years,” said Kosgei. “I know that this year the line-up is one of the best ever for a half marathon and I really hope to run fast.”

The 25-year-old Kenyan is one of several women in the field with a PB inside 66 minutes. She will line up against Fancy Chemutai, whose best of 1:04:52 is just one second shy of the world half marathon record, 2016 world half marathon champion Peres Jepchirchir, who briefly held the world record following her 1:05:06 victory in Ras Al Khaimah in 2017, Ethiopia’s Netsanet Gudeta, who set a women-only world record to win the 2018 world half marathon title, and Joan Melly Chelimo, the fourth-fastest woman in history.

Rosemary Wanjiru, who recently went to third on the world all-time 10km list with 29:50, will be making her half marathon debut.

Ethiopian trio Andamlak Belihu, Solomon Berihu and Amdemwork Walelegn are also in the field along with Kenyan duo Alexander Mutiso and Kibiwott Kandie.