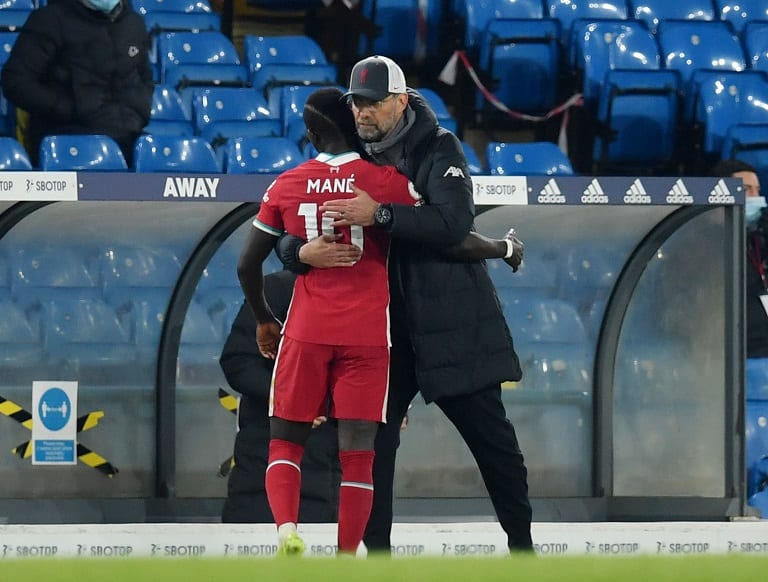 Liverpool manager Juergen Klopp said there was no conflict between himself and striker Sadio Mane despite the Sengalese forward’s snub at the end of Thursday’s 4-2 Premier League win at Manchester United.

Mane, who started on the bench, turned away from Klopp’s outstretched hand at the final whistle after coming on as a 74th-minute substitute.

Asked about the incident, which was captured on television, Klopp was quick to play down its significance.

“No there’s no problem. Yesterday I made a late decision in training to go with Diogo Jota. I would usually explain it but there was no time for that. It is all fine,” said the German.

“My boys are used to me explaining and I didn’t. No time, forgot it, whatever. And that was it. It’s all fine,” he added.

But television pundits were not as generous as Klopp.

“Disrespectful. If I was the manager I wouldn’t be happy. He should show a bit of respect,” said former Liverpool captain and manager Graeme Souness.

“It’s disrespectful to the manager and the club. How can he argue? He’s not had a great season and Liverpool have won here 4-2”,” he said.

Former Manchester United captain Roy Keane agreed but questioned Klopp’s habit of going on the field to greet his players.

“The player is out of order but when I was a player I didn’t want the manager coming on giving me high fives. If he sees the player upset then back away,” he said.