Kipyegon, Hassan to face off in Florence 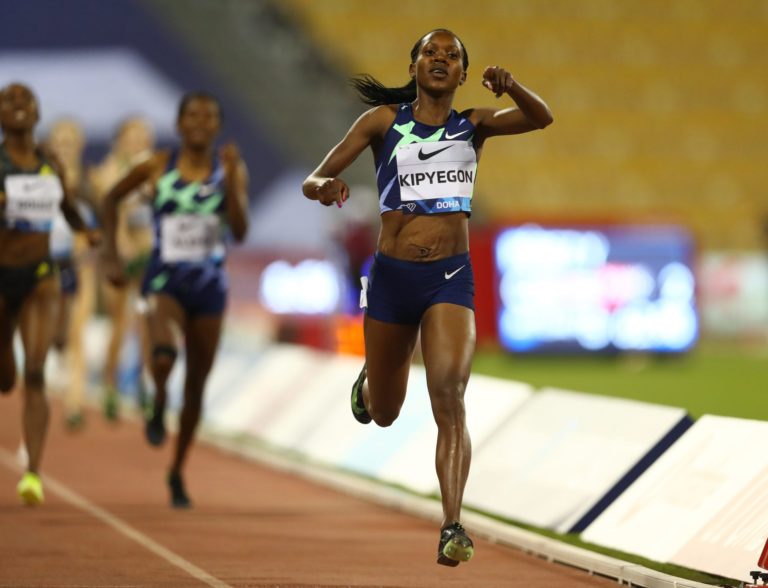 Olympic 1500m champion Faith Kipyegon is set to renew her rivalry with world champion Sifan Hassan over the distance at the Golden Gala Pietro Mennea, the third leg of the Diamond League series set for Florence on June 10.

The meeting has been moved from its traditional venue-Rome’s Stadio Olimpico which is set to host this summer’s European Championships in football that kicks off next week.

Kipyegon will be returning to her specialty after a scintillating performance in 800m at Doha meeting where she clocked a season best of 1:58.26 while Hassan clocked 3:51.95 in the metric mile race.

Also in the start list is the European champion Laura Muir of Britain.

Olympic 3000m steeplechase champion Conseslus Kipruto is set to make his long awaited return to competitive action having last made an appearance during the 2020 Doha meeting last year September.

Kipruto, the reigning world champion, will clash with world bronze medallist Soufianne El Bakkali from Morocco and Gatnet Wale from Ethiopia. He will be joined by compatriot Wilberforce Kones.

The 5000m is another event set to produce fireworks as world champion and record holder Joshua Cheptegei leads a star-studded field that also has two-time world champion Muktar Edris and silver medallist Selemon Barega both from Ethiopia.

World bronze medallist Ahmed Mohammed from Canada is also in contention, as are the Norwegian brothers-Jakob and Henrik Ingebrigsten.

African Games champion Robert Kiprop is the only Kenyan in the 12-lap race.