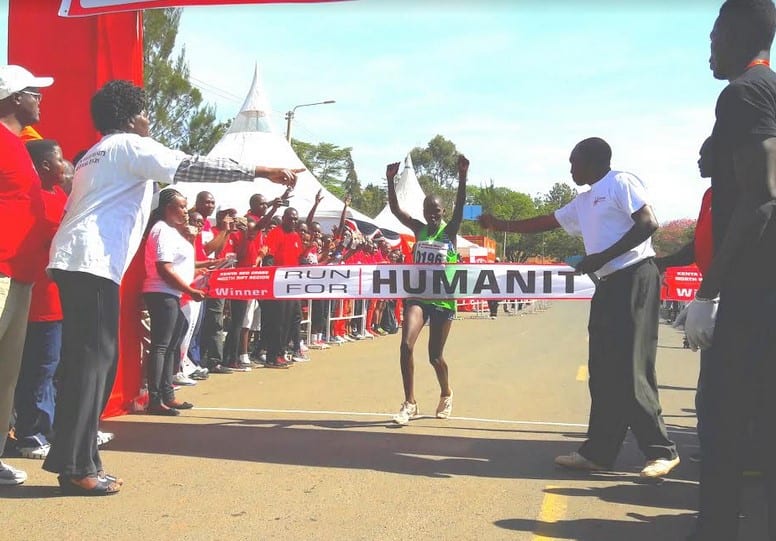 On a windy Sunday in Eldoret, Kipkoech ran an impressive race to come slightly below two minutes short of Zersenay Tadese’s world record of 58:23 as his winning time of 60:52 became the fastest ever recorded in the high altitude conditions of the region over the distance.

Kipkoech, 25, who trains in Iten, cleverly stalked the leading pack that had ten men who exchanged turns to lead the first 15km before pulling his move.

At the 16th kilometer mark, Kipkoech, the winner of Chemususu Dam 21km race, surged to join the park before breaking loose for glory.

The women’s race served an exciting battle for locals who ditched maize planting activities to line up along the roadsides of Ilula.

Lurking behind the leading pack until the last 2 kilometers, Chesang executed a masterclass, ploughing deep into her reserves to storm into first to leave eight in her wake.

“The trick worked well for me today. I had seen that some experienced runners were in the line up and knew that somehow, the pace will be fast and some will burn out,” she said.

The 23-year-old said she will return to Brazil targetting the gold after finishing second, in Santos 10km Race in May.

“I am preparing for the race in Brazil and I have hopes that this victory means good results await me even as I charge for a gold medal,” she added.